The Sunrise Will Come

The Sunrise Will Come - Connor Smith

With a hauntingly beautiful original text, The Sunrise Will Come is the perfect piece to showcase lyrical delivery and phrasing. The song’s minor key paired with the hopeful lyric creates a sense of forward-leaning, satisfied at the close of the piece with a Picardy third. Interesting harmony, satisfying (yet accessible) divisi, a gorgeous a cappella section, and a stunning soprano highlight in the final moments of the piece set it apart, making it an excellent choice for an intermediate-advanced group’s concert or festival selection. 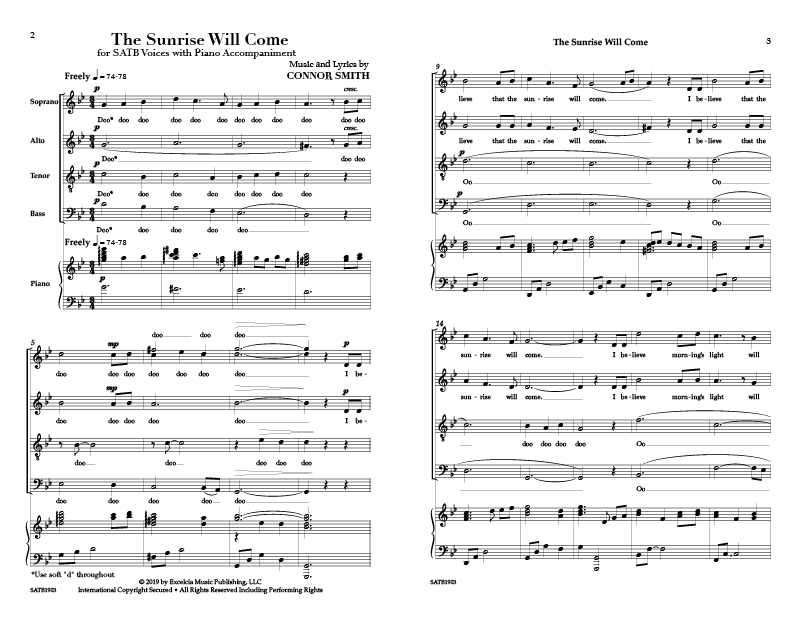