Our Friendship - arr. by Larry Clark

Our Friendship is based on the Scottish Folk Song Kelvin Grove. Larry Clark has beautifully set this song in a lilting triple meter that flows gently. The original lyrics uplift while portraying the power friendships can have on us all. True friends lift us up in good and bad times and together, friends share meaningful moments that make life better. This song will inspire students to treasure their friendships for a lifetime. This piece is a perfect combination of a flowing melody and inspirational lyrics. 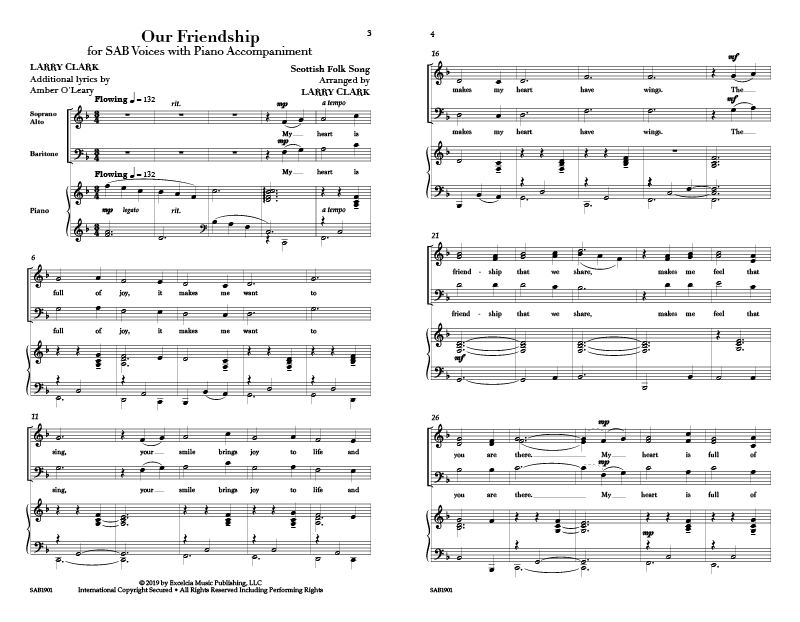