How Do I Love Thee?

How Do I Love Thee - Jamey Ray

Usually known for his thick textured a cappella arrangements, this new composition by Jamey Ray is a 3-part beautiful new setting of the Elizabeth Barret Browning Sonnet 43.  It is a love poem easily accessible to any mixed group.  With a few optional split notes for men, this piece stays simple yet beautiful. 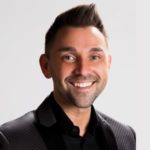 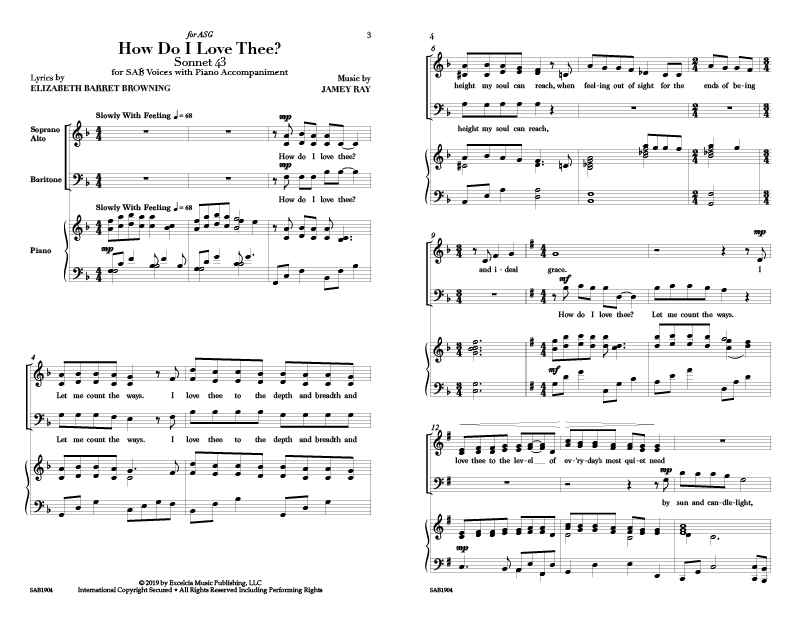