Have you ever had “one of those days?” You’re about to! Step into a race against time as you attempt to escape with your life intact! The irony? It’s all your fault! After accidentally setting the building’s self-destruct sequence, you hurriedly search for an exit which leads to freedom. Blocked paths, obstacles, and a really snarky computer stand in your way of escape. Will you get out in time? Find out in “Self Destruct!” This piece uniquely includes downloadable “sound drops” to integrate electronic sounds into a modern concert band work. 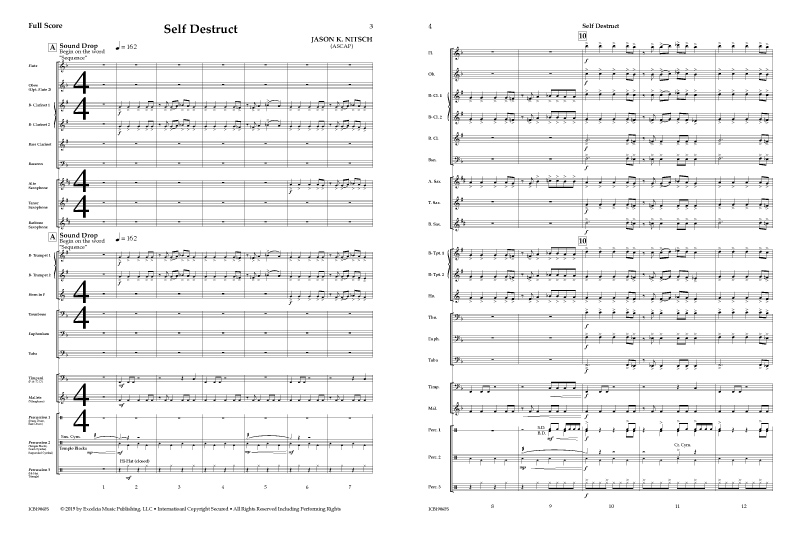