An exciting quick march for your next festival performance or concert. This march is tuneful and is set in the standard three-part march form. It will serve as a perfect introduction to students in the march form. Larry Clark’s marches have been played by thousands of bands around the world, and this is one of his best. It is upbeat and fun! 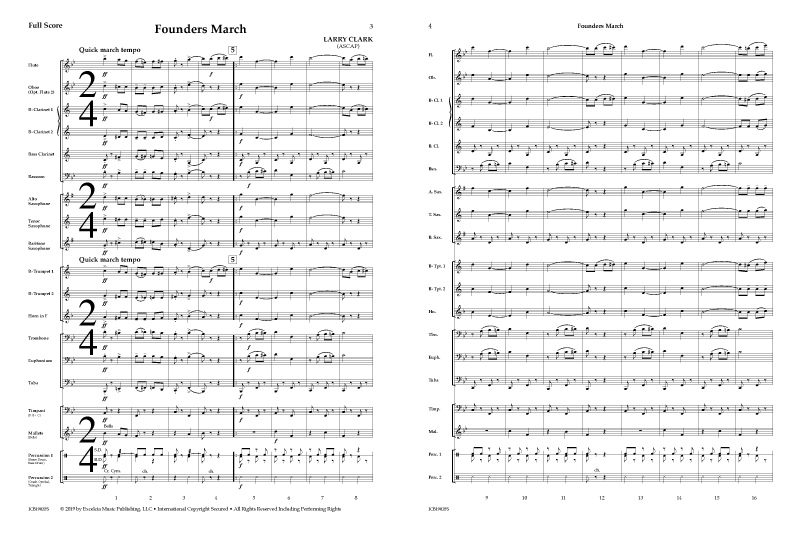