All for One, One for All

All for One, One for All March - Carol Brittin Chambers

All for One, One for All was commissioned through the Young Band March Project. A concert march written specifically for young musicians, the composer writes that it is meant to portray unity. This march is perfect for reinforcing march style and would fit well on any contest or festival program. 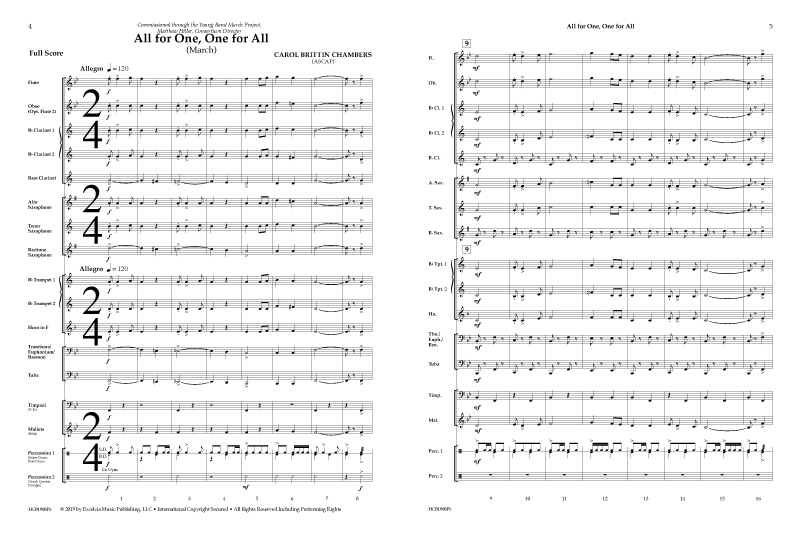