Angels We Have Heard on High / Deck the Halls

The holiday season is a time of joy, merriment, excitement, and traditions. One such time-honored tradition is the holiday band concert, which is often the debut performance of young musicians. Composer Matthew R. Putnam has created a nice addition to the young band holiday repertoire with First Holiday Fanfare. 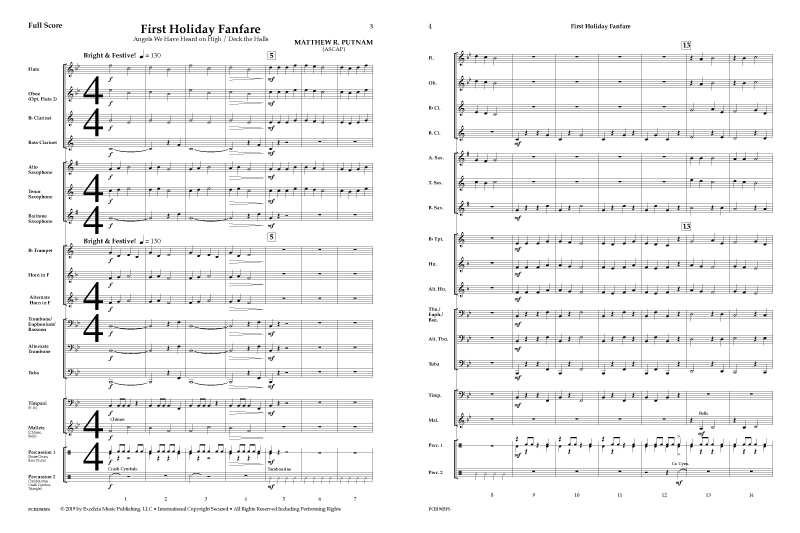