Clear Resolve is a heroic piece that encourages students to stand up for their beliefs. Composer John M. Pasternak uses his experience as a music educator to craft a piece that is both exciting, and meaningful to young musicians. 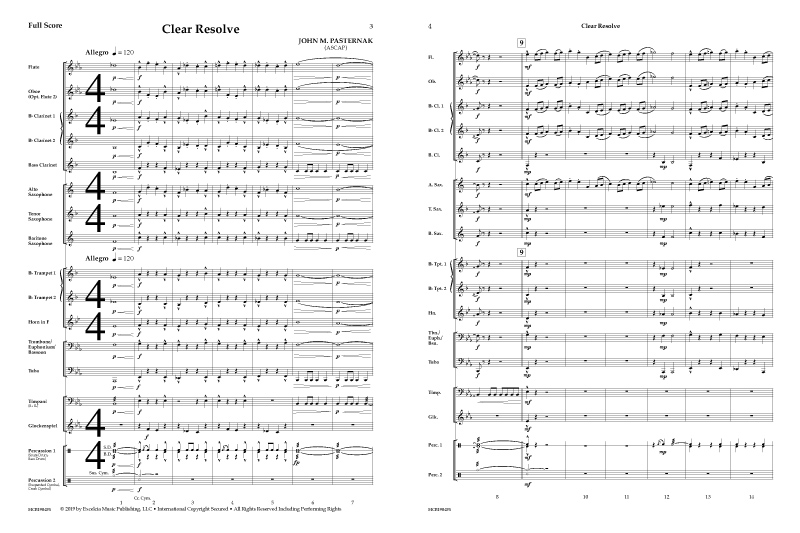