Written to commemorate the life of a young woman tragically taken too soon, The Angels Call is inspired by the 3-note Ship bell figure played at football games. Using original music as well as the well-known hymn It is Well With My Soul and folk song Loch Lomond, this one will tug at the heartstrings. 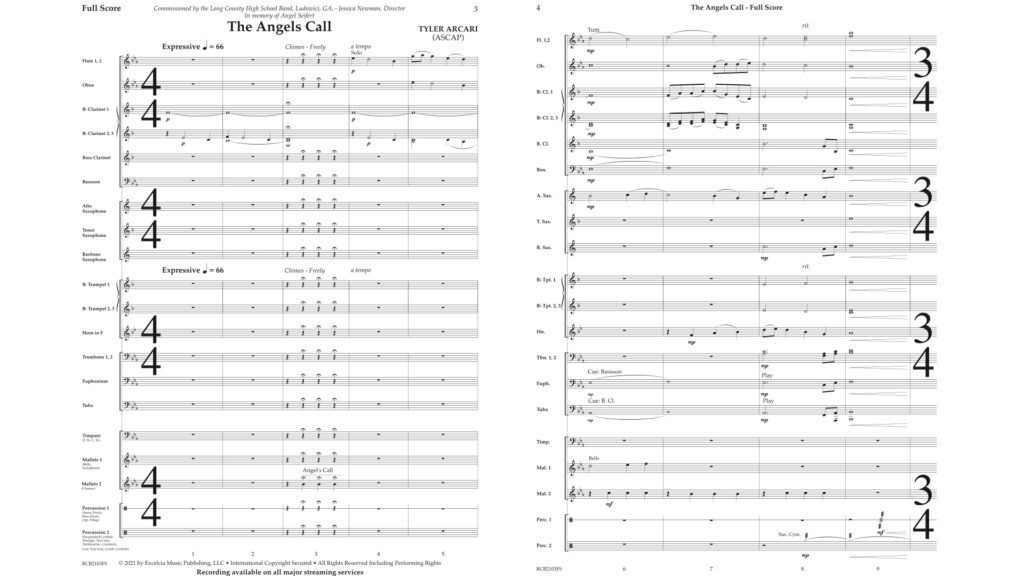