Intuition is a march for the youngest of students that uses only the first six notes of the Bb scale and the most difficult rhythm is two repeated eighth-notes. Even with limited technical demands, you won’t believe how much this sounds like a more involved march. It has all of the hallmarks of an American march in form with three strains with different melodic material.  The only difference is there is no modulation at the trio. It is a perfect vehicle to introduce this important form to beginning students, and it’s exceptionally tuneful as well! 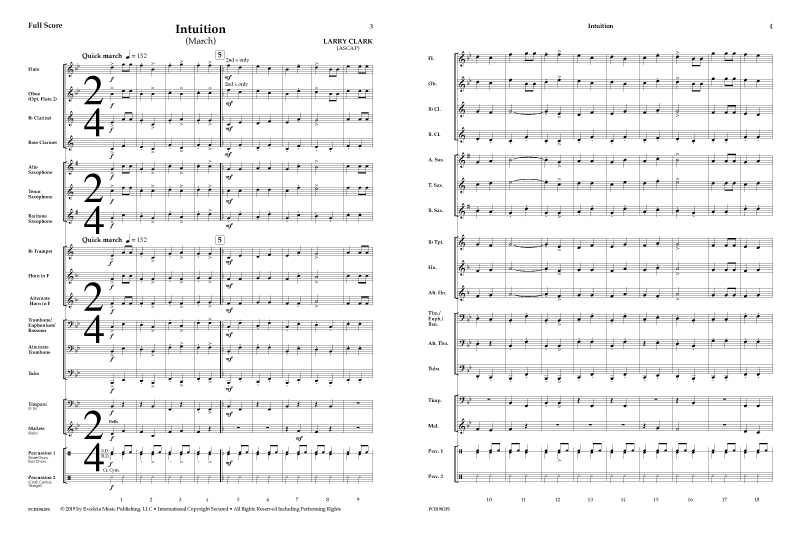