This new work for beginning band is a great introduction to simple syncopation. Using only the first 6 notes of the Bb scale, Larry’s Majestic is perfect for reinforcing note lengths and sonorous playing. Embolden your audiences with this “majestic” new work by Larry Clark. 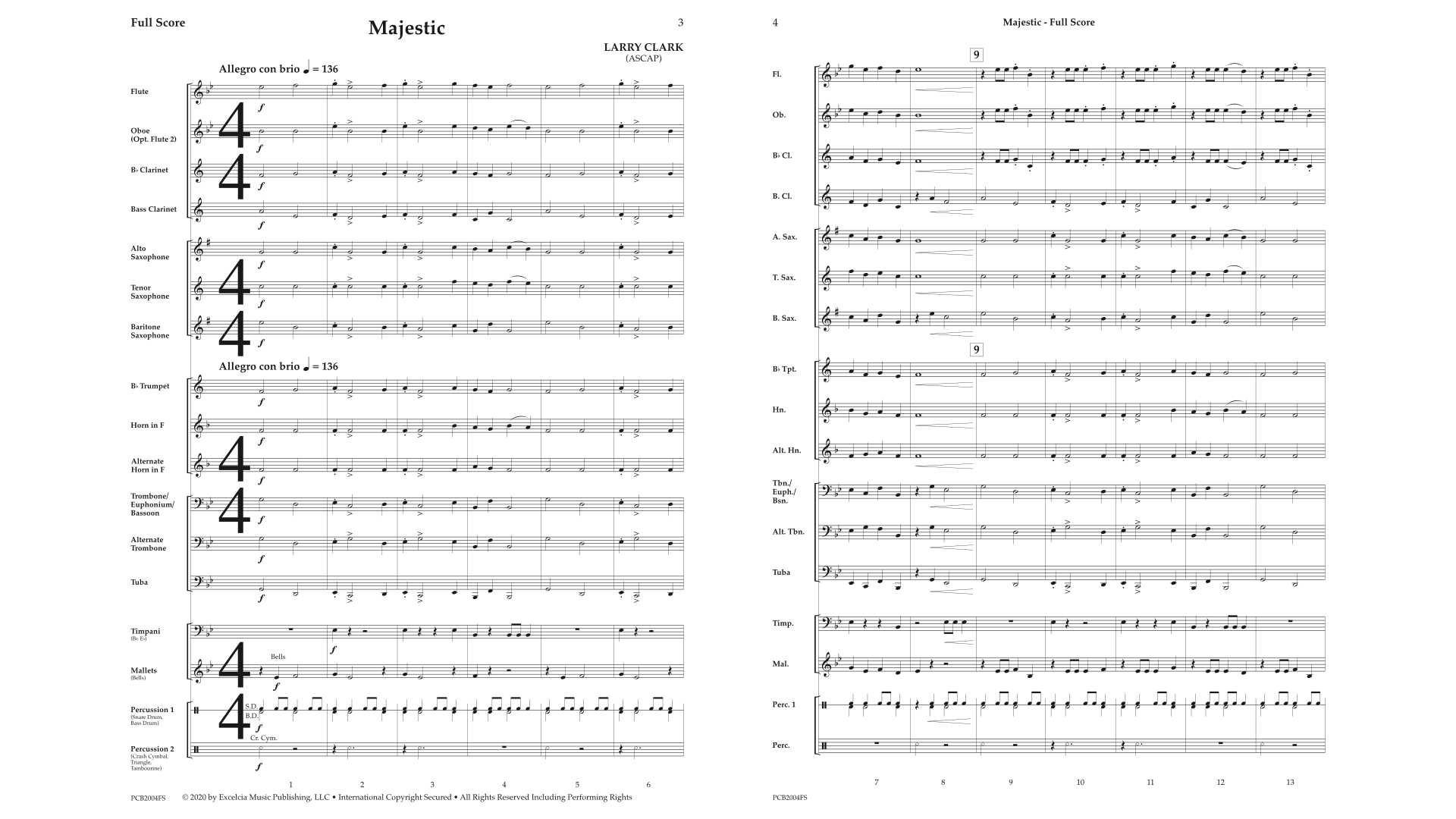