Moonlit Skies is a dramatic work for beginning strings. Full of lush harmonies and lyrical lines, Moonlit Skies will stretch the musicality of young musicians. Ending solemnly, this work is a great addition to any concert. 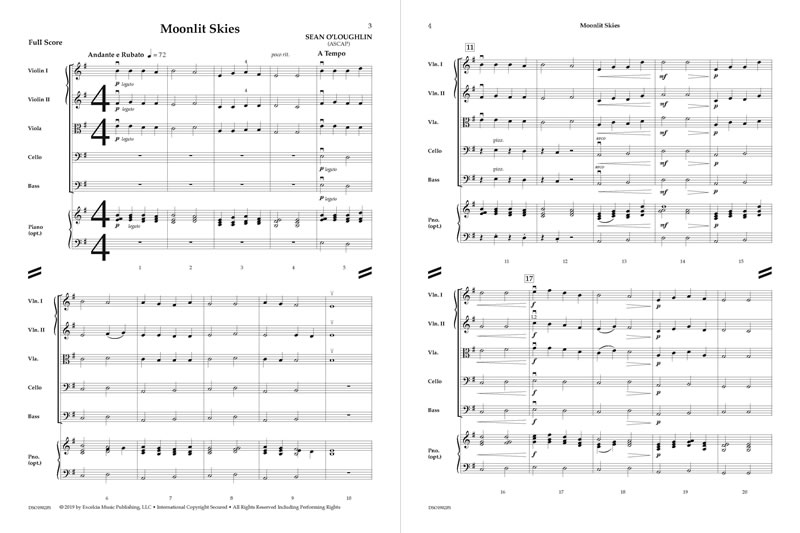