Escalation is an exciting new work for the developing string orchestra. The title suggests music that lifts and rises throughout. Composer Sean O’Loughlin writes, “I endeavored to embody this concept but not be limited by it. The music does rise at times, but it also needs to pull back to make a complete musical statement. By its cinematic nature, the piece offers some wonderful teaching opportunities for both rhythmic and lyrical playing.” 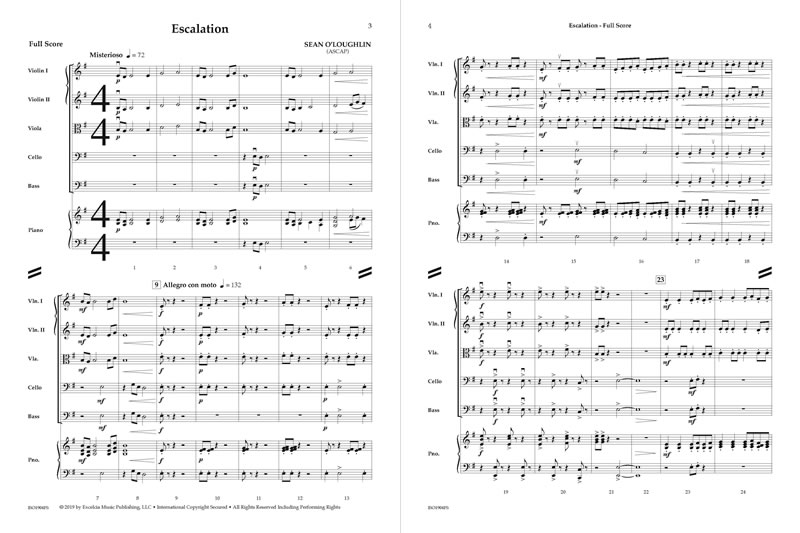