Take a wild ride full of impact percussion and motivic writing with Sean O’Loughlin’s new Visceral Chase!  Abounding with drama and the brilliant writing that we have come to love and expect from Sean, your ensemble will sound fantastic with this piece. 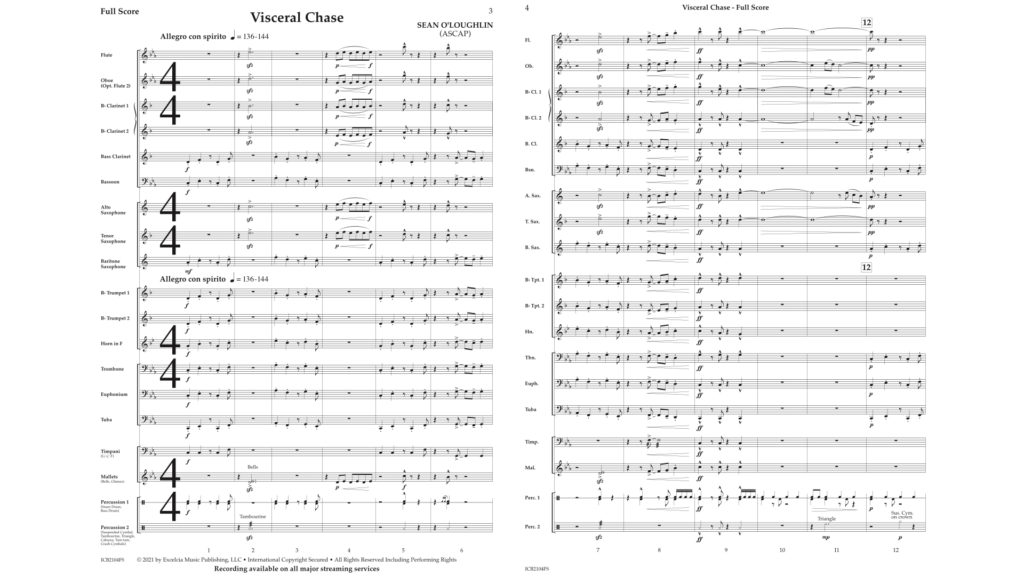