Anthem of Triumph is for all of the students who have made it to their first spring concert! Utilizing only the first 6 notes of the Bb-major scale, composer Tyler Arcari has crafted an exciting anthem for young musicians. Perfect for beginners or as a celebration piece for events! 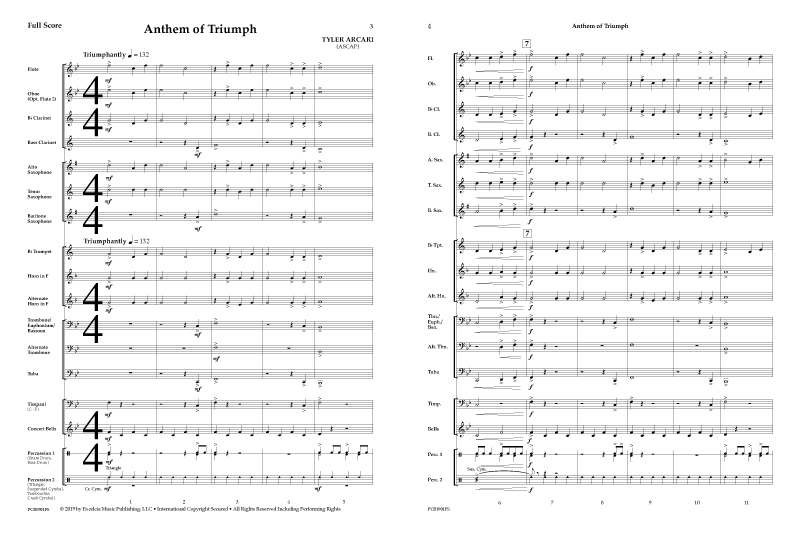