The Long Look Back

The Long Look Back - Jon Bubbett

Written to describe his emotions at watching both his children “leave the nest”, this heartfelt new lyrical work is perfect for a moment of reflection on your program. Beautifully written with the concert band in mind, this new work will sound full and lush. 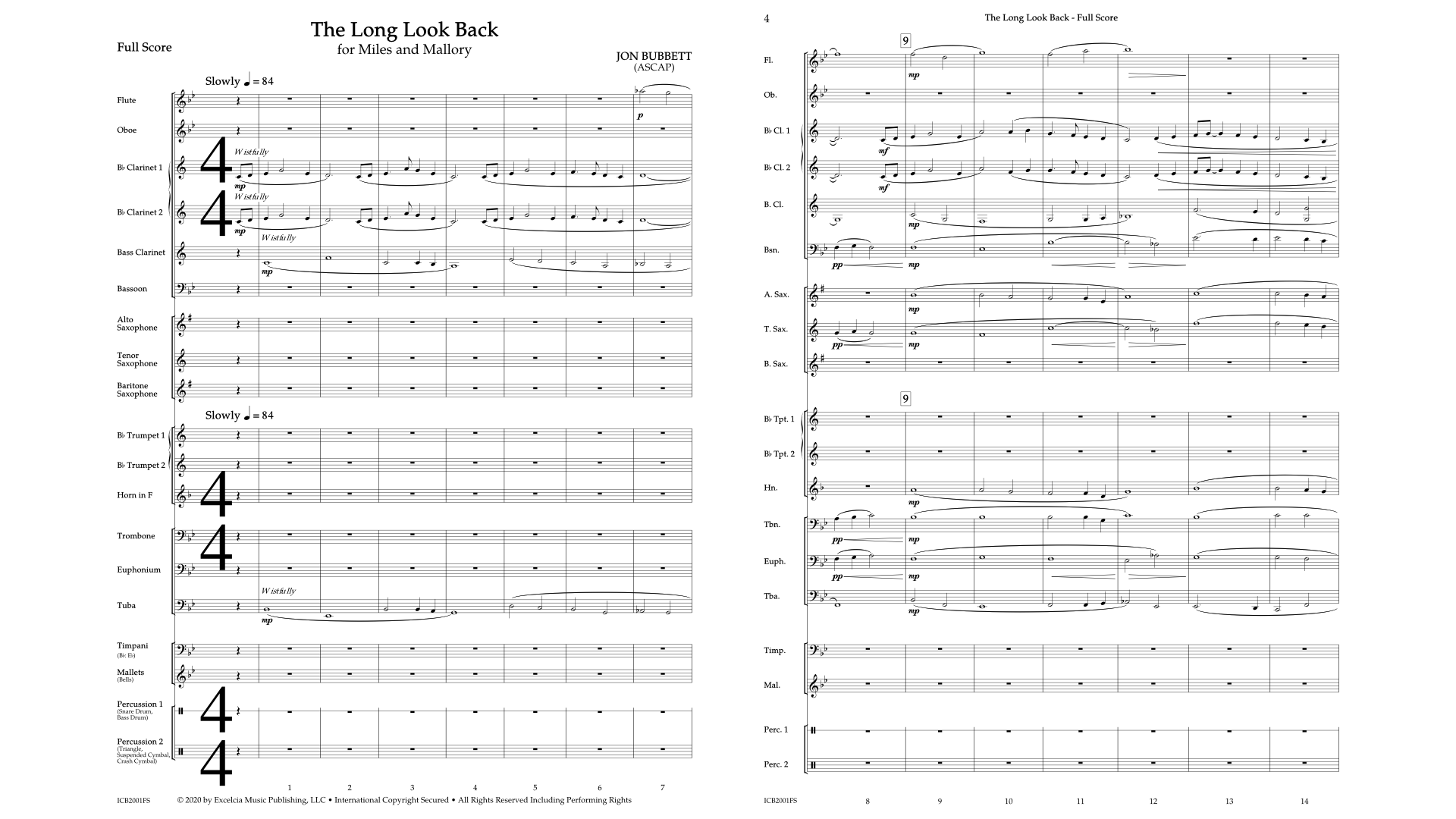