Take a musical journey into space with composer Tyler Arcari in this action-packed concert work. Mission Control depicts the fine men and women of the legendary “Houston” control center as they prepare to launch a rocket full of astronauts into space. Ending with the sound of a rocket engine igniting, this work will be sure to excite both musicians and audiences alike! 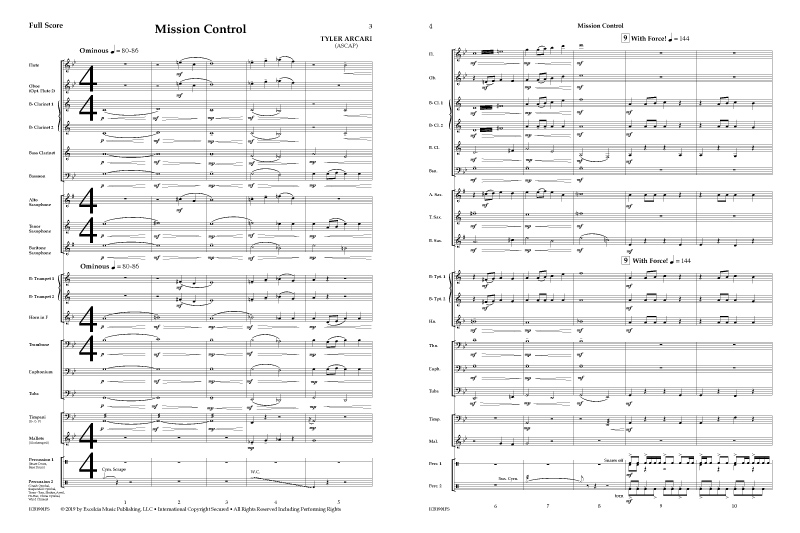