Inspired by the legend of Jack the Ripper, Ripper takes on a whole new meaning with clever sound effects. Using scrap paper, composer Tyler Arcari added sections where the ensemble “Rips” those pieces of paper in half, creating a fun and exciting concert experience! 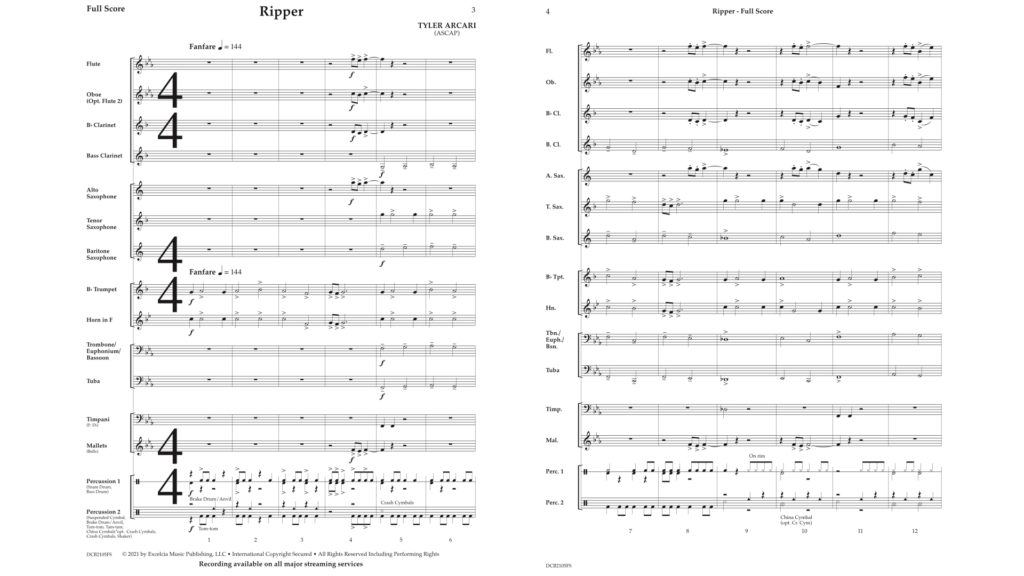