Dancing Waters by Sean O’Loughlin evokes beautiful imagery of flowing water in this film-score like new work for String Orchestra. Audiences will be captivated and your musicians will ask to play it again and again. 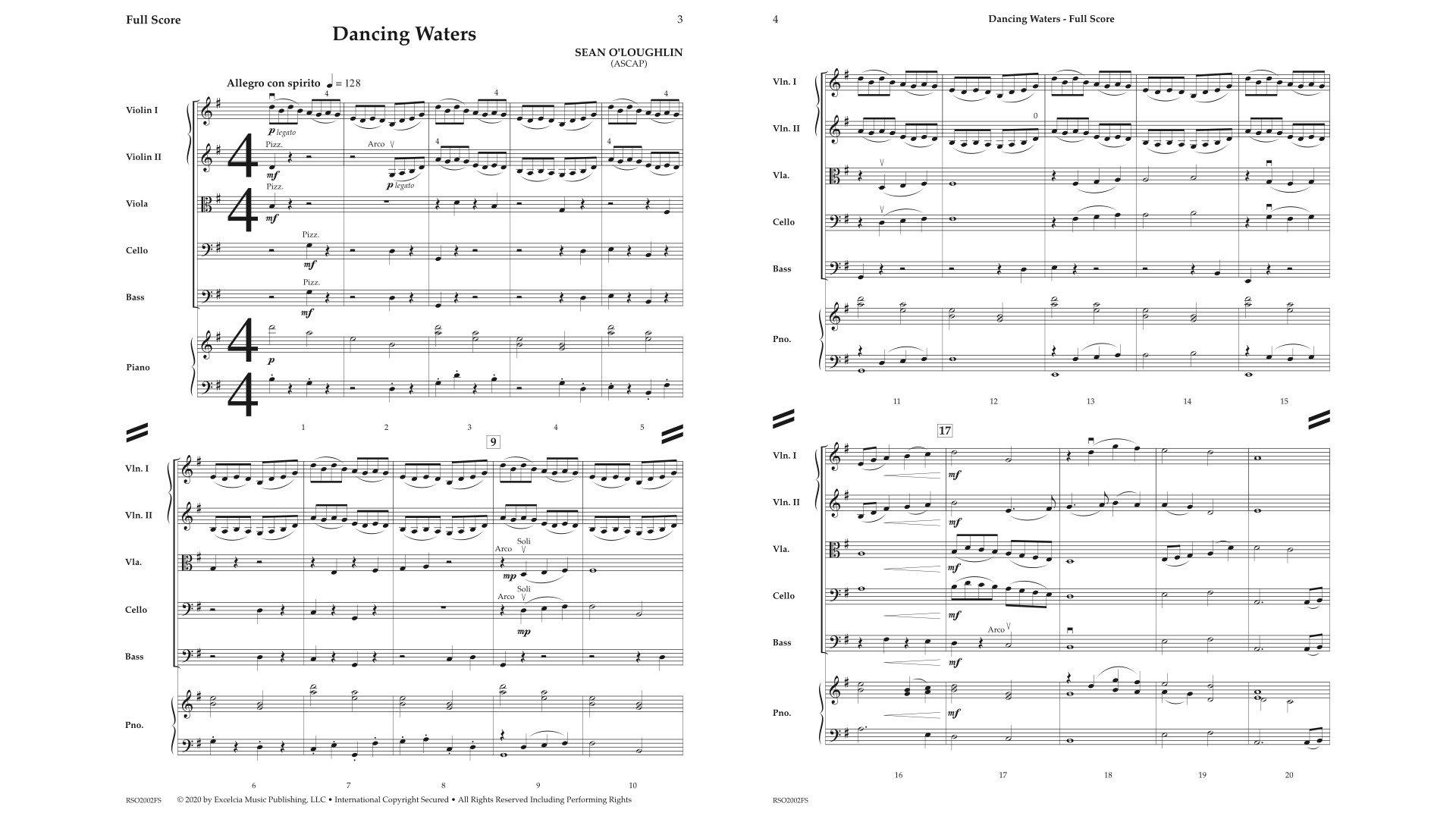