Commissioned by the Westport, CT Public Schools for the Bedford Middle School 8th Grade Orchestra of 2017-18, Mystic Lair is a piece influenced by many ideas from the students including such descriptive words as dark, mysterious, vivid, intense and gripping. Full of many fundamental bowing techniques, Mystic Lair is sure to excite teachers, students, and audiences alike. 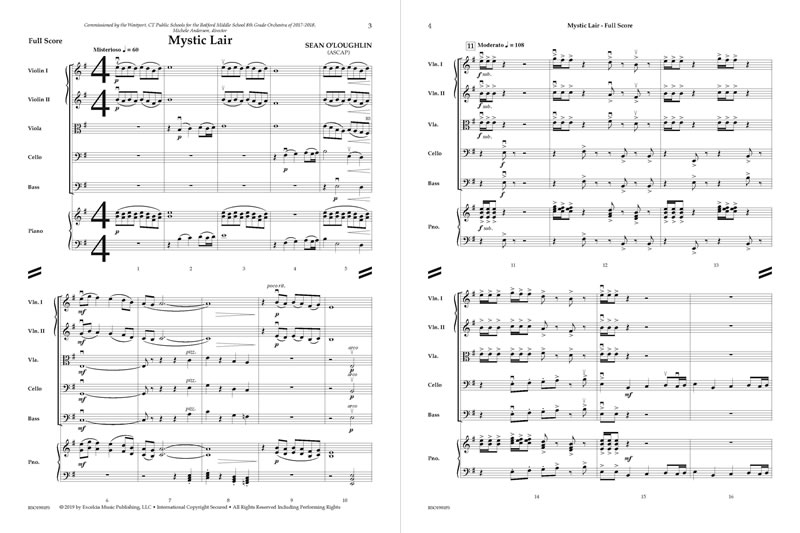