Imagine, a bladesmith in Medieval times hunched over the forge getting the metal for his next sword molten hot, so that he can hammer it into a beautiful weapon for knights to use.  Blades of Steel is meant to depict this process.  The Brake Drum is used to simulate this sound, along with scrapes of a Gong to emulate the sound of the sword once completed. This piece is aggressive and full of thick resonant harmonies and bold melodies that your student will love. Larry Clark does it again! 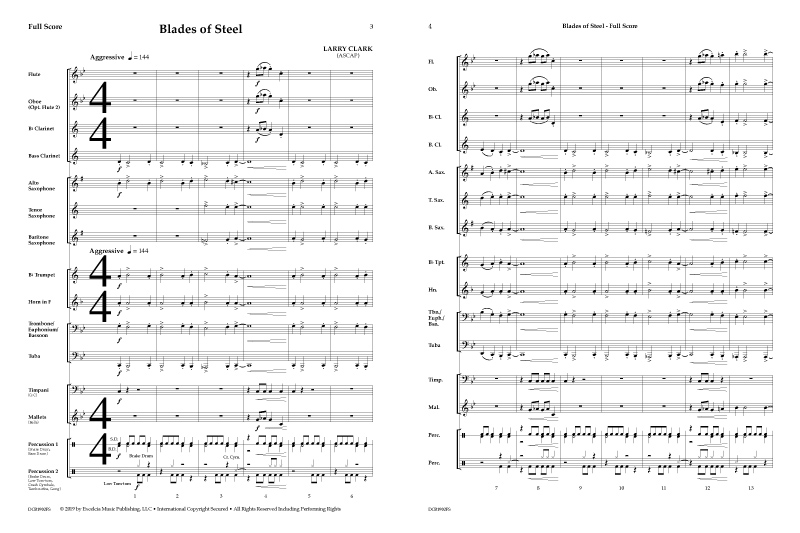