Ai Hai Yo is a Chinese folk song used as a blessing towards a bountiful harvest and a good year. Composer Tyler Arcari write’s “Folk songs speak to the “common” person. Hardships, and hope abound when we all realize that something as simple as a few notes in time can bridge the gap of thousands of years of cultural differences and distance across our large planet.” 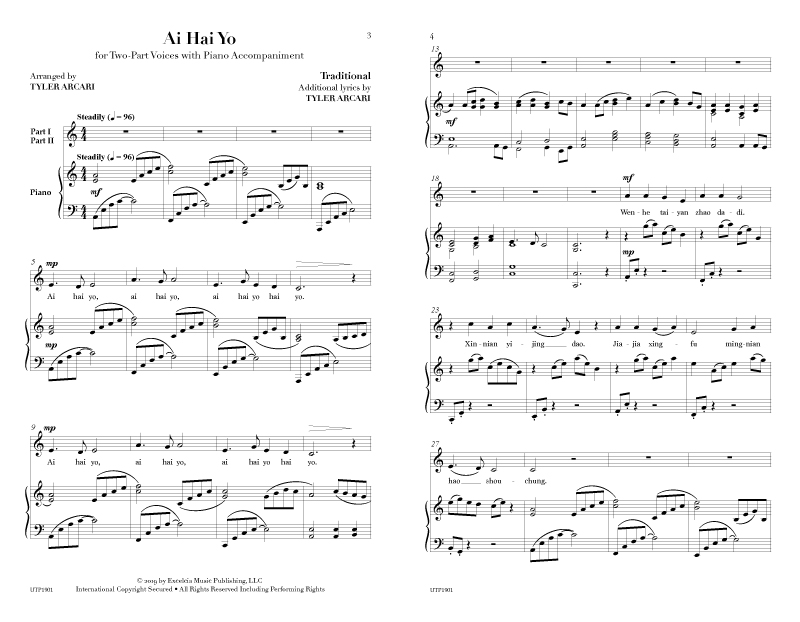