Joy to the World

with For Unto Us A Child Is Born

This is an up-tempo medley of two of G.F. Handel’s most famous pieces, Joy to the World and For Unto Us A Child Is Born. Excelcia Music Publishing is proud to present this stunning Jamey Ray arrangement that is exactly as it is on the Voctave album Snow.  With some challenging soprano notes, this is a great opener for any holiday concert. 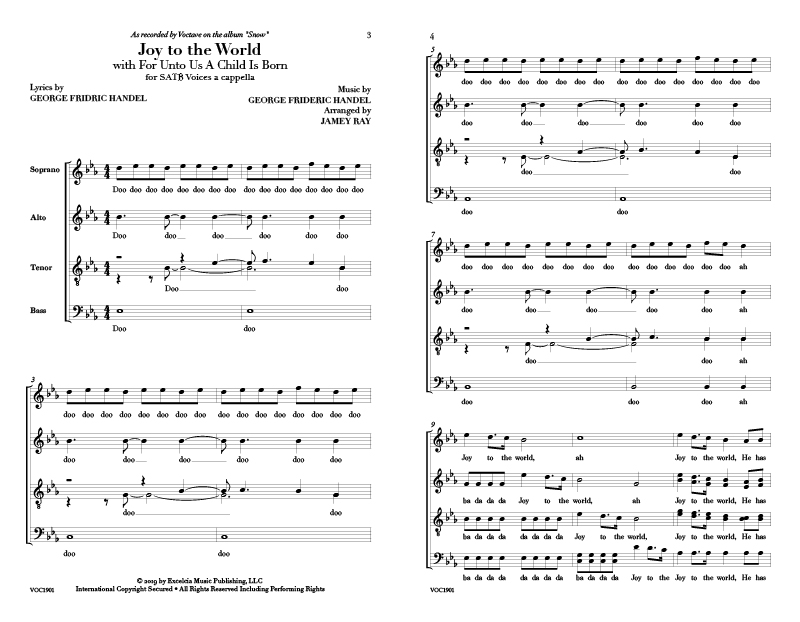