When We Go - Tyler Arcari

When We Go is an introspective journey into our time here on earth dedicated to loved ones lost. Composer Tyler Arcari weaves a personal tale throughout this piece utilizing returning melodic lines and harmonic anchor points. A creative and heartfelt piece that will inspire musicians. 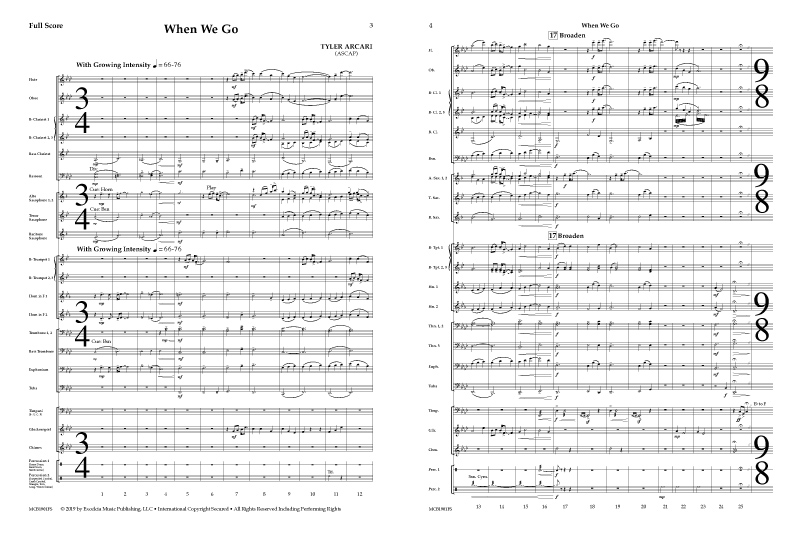