This clever medley of great spirituals, “Somebody’s Knockin’ at Your Door, Give me that Old Time Religion, and Ain’t Gonna Grieve My Lord No More”, features accessible ranges for both parts. Infectious rhythm and wonderful melody makes this not only a great teaching piece but a treat for musicians and audiences! 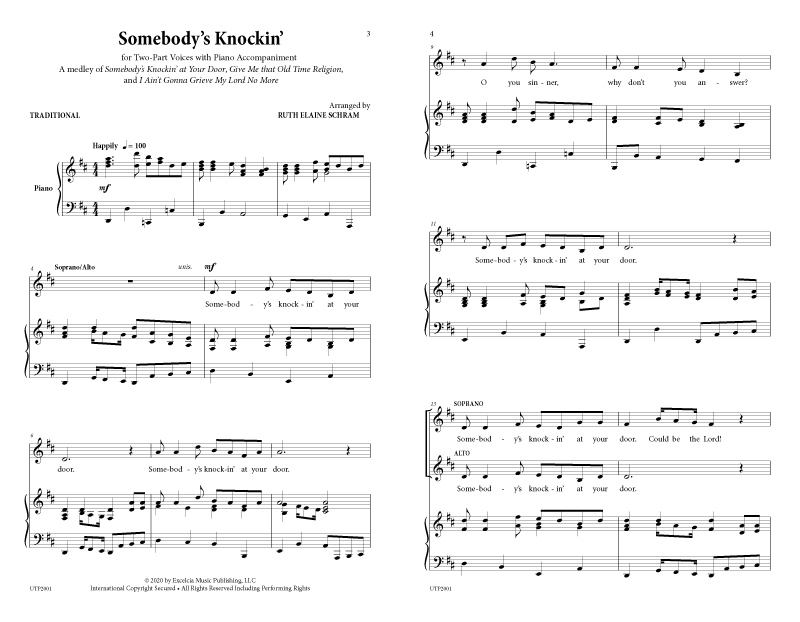