Bruce W. Tippette takes the words of Sara Teasdale’s poem, Morning and beautifully sets them for SATB voices with an expressive, yet supportive piano accompaniment.  The use of overlapping vocal lines, coupled with tonal clusters, give each part importance while creating harmonic delight.  This is a great piece for intermediate high school and even some advanced middle schools. 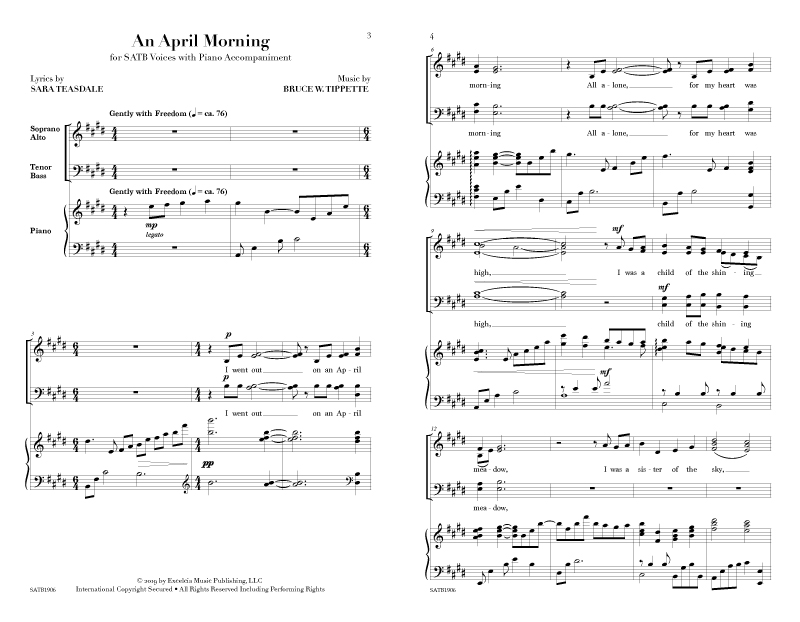