This traditional Chinese folk song, arranged previously for two-part choir, has been set for three parts with a comfortable baritone range. Using phonetic spellings of the Mandarin text interspersed with English phrases, Ai Hai Yo is an accessible introduction for young choirs. 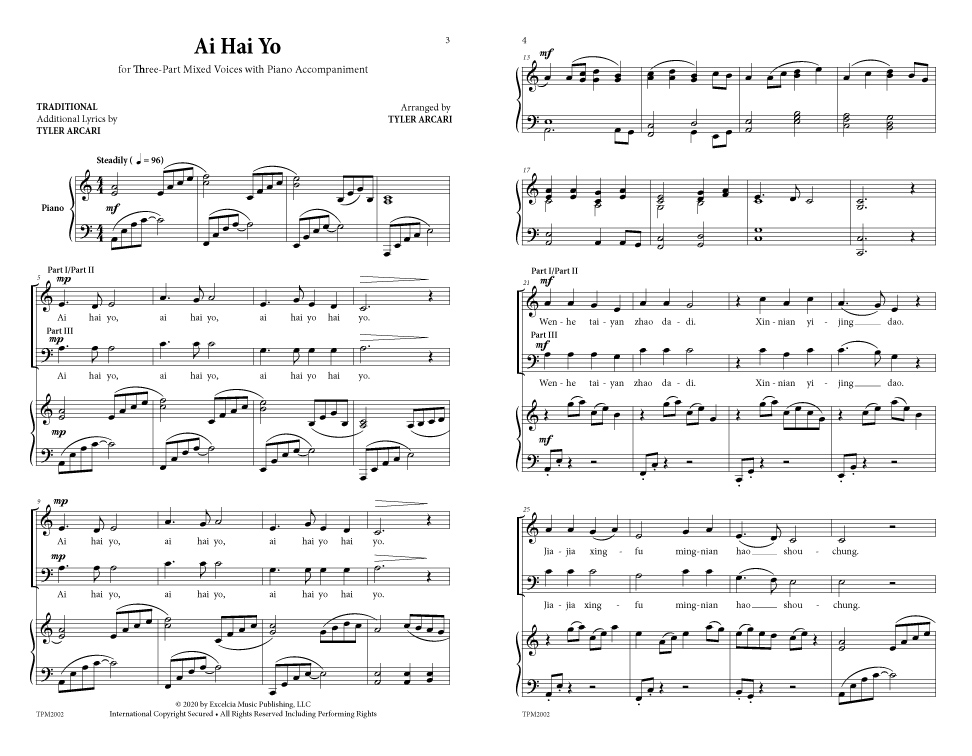