Black is the Color of My True Love’s Hair

This truly lovely Appalachian folk song is given a hauntingly beautiful setting by arranger Jamey Ray. This will work nicely for a choir with strong women’s voices, with occasional divisi, but the men’s parts stay with a strictly two-part voicing. Simply gorgeous! 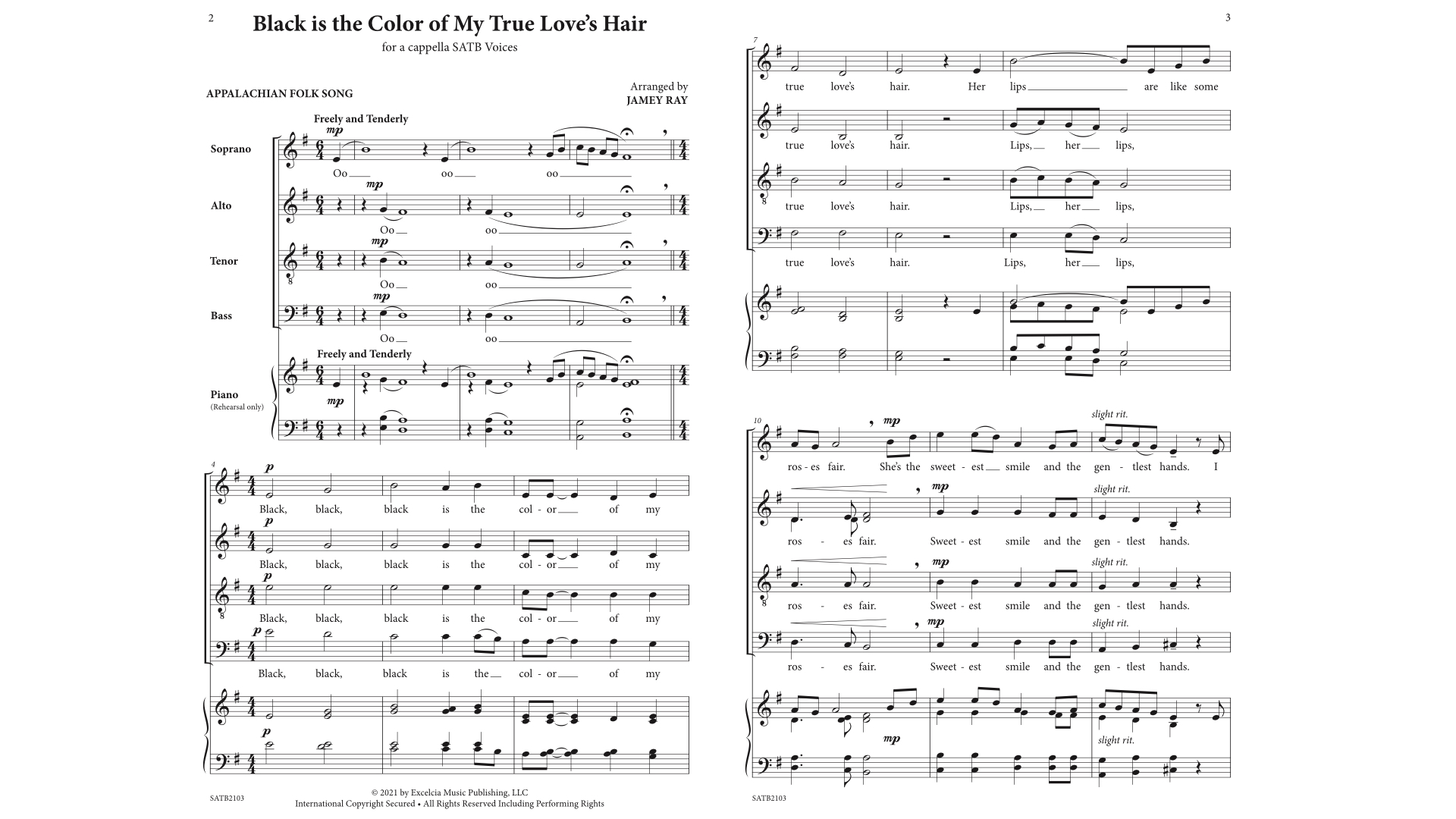