Battle Hymn of the Republic

What could be better than a truly accessible setting of the classical patriotic piece by one of the rising stars in the choir arranging field. Jamey Ray uses his talents as the arranger of the popular group Voctave to present a rewarding and approachable patriotic closer for your choir. 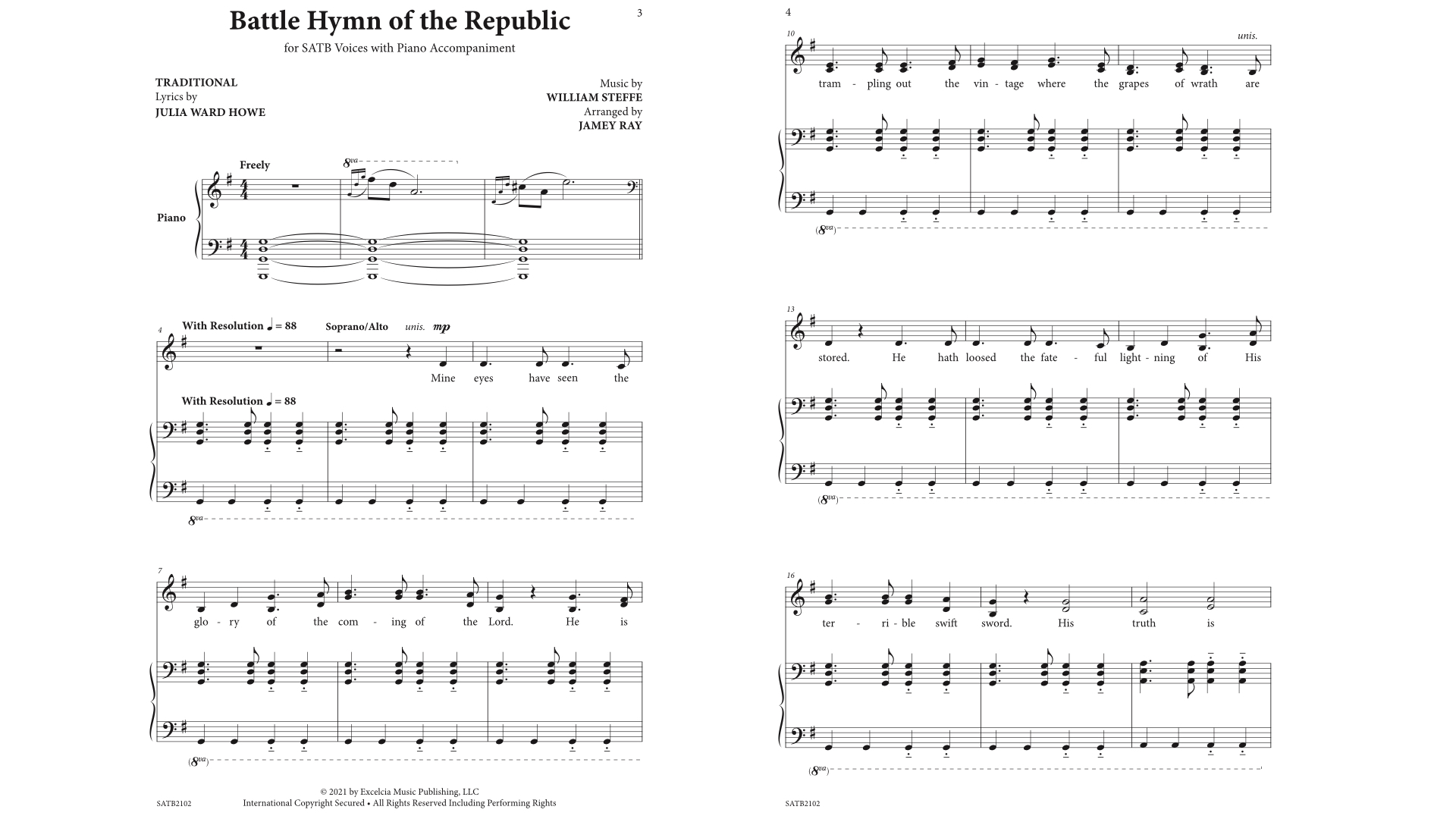