This little march is perfect for teaching march style to beginning players. Using only the first 6 notes of the Bb scale, this march has ample opportunity to introduce fundamental techniques to get students ready for the next level. We know you will enjoy Chris Ferguson’s Geyser Point March.

Chris Ferguson (b.1973) draws on his experiences as an educator and performer to write music that is both fun and accessible to young musicians. His compositions and arrangements are enjoyed by ensembles throughout the country. Mr. Ferguson is the band director at the Braxton Craven School in Trinity, NC and has taught instrumental music education for over 20 years. He has been named both “Teacher of the Year” and “Distinguished Educator of the Year” by his colleagues in addition to achieving his National Board Certification. He often appears as a guest clinician and has conducted bands at the UNC Greensboro Summer Music Camp for many years. Mr. Ferguson is a graduate of Appalachian State University (B.M.) and the University of North Carolina School of the Arts (M.M.) where he studied with Jim Miller of the Los Angeles Philharmonic.

A versatile player, Mr. Ferguson has performed with a variety of organizations including touring Broadway productions, symphony orchestras, big bands and the rodeo. He has held positions with both the Long Bay Symphony and the Disneyland All – American College Band. Currently he serves as principal trombonist with the Salisbury Symphony and is a member of the Giannini Brass.

Mr. Ferguson is a member of the American Society of Composers, Authors, and Publishers (ASCAP) and the National Association for Music Education (NAfME). Mr. Ferguson resides in Salisbury, North Carolina with his wife Sonya and sons Thomas and James. 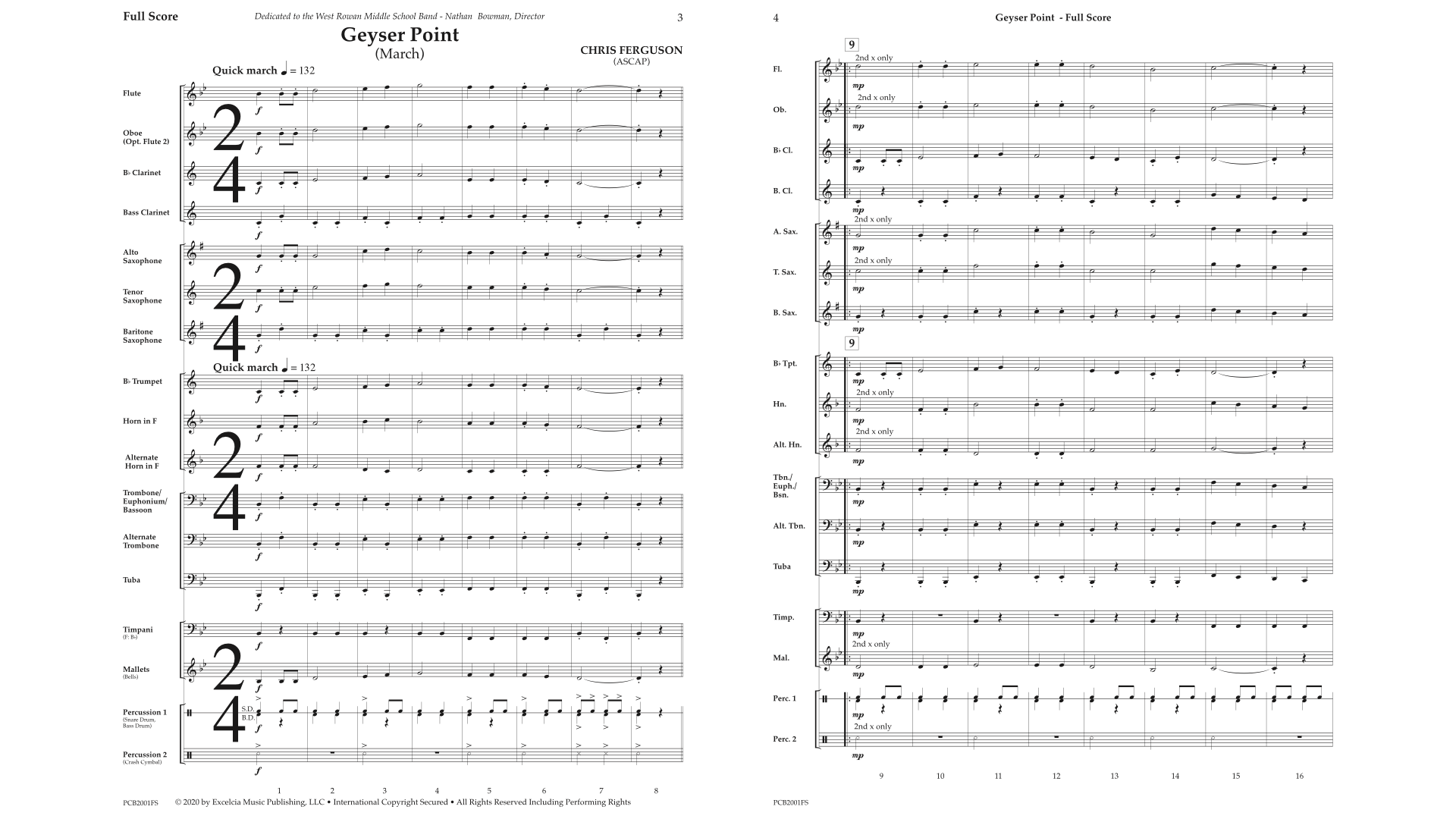