21 Quartets for Any Wind & Percussion Instruments

Adaptable Quartets contains 21 newly-composed or arranged trios that can be flexibly used with any combination of wind and percussion instruments, making them an invaluable resource in the modern band room! Written at an accessible 1.5-3 grade level, Adaptable Quartets follow the popular Adaptable Duets & Trios books by the same composers. Tyler Arcari, Matthew R. Putnam and Percussionist Robert Clayson bring with them a wealth of educational experience as music educators to craft trios that are fun to play and musically stimulating. Adaptable Quartets are sure to become an instant favorite. 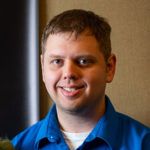 As a performer, Mr. Clayson is an active member of several regional orchestras across the Southeastern United States, including the LaGrange Symphony Orchestra, the Northwest Florida Symphony Orchestra, and the Montgomery Symphony Orchestra. In 2012, Mr. Clayson performed with the Troy University Percussion Ensemble at the Percussive Arts Society International Convention as a member of the winning ensemble in the International Percussion Ensemble Competition. He received first place in the Percussive Arts Society Marching Festival Individual Collegiate Keyboard Competition in 2013 and also received first place in the 2017 Indiana Day of Percussion Collegiate Solo Marimba Competition. In addition to these honors, he was selected as a semi-finalist in the Great Plains International Marimba Competition in 2014 and 2017. Mr. Clayson is an Innovative Percussion Artist and is a member of the Blackswamp Percussion Educator Network.