Exciting and intense from start to finish, Threshold doesn’t hold back! Driving and fun, the work also has moments of lyrical expressiveness making it not only fun to play, but a great piece to teach. Using only the first 6 notes of the D-major scale, Threshold is perfect for your first concert. 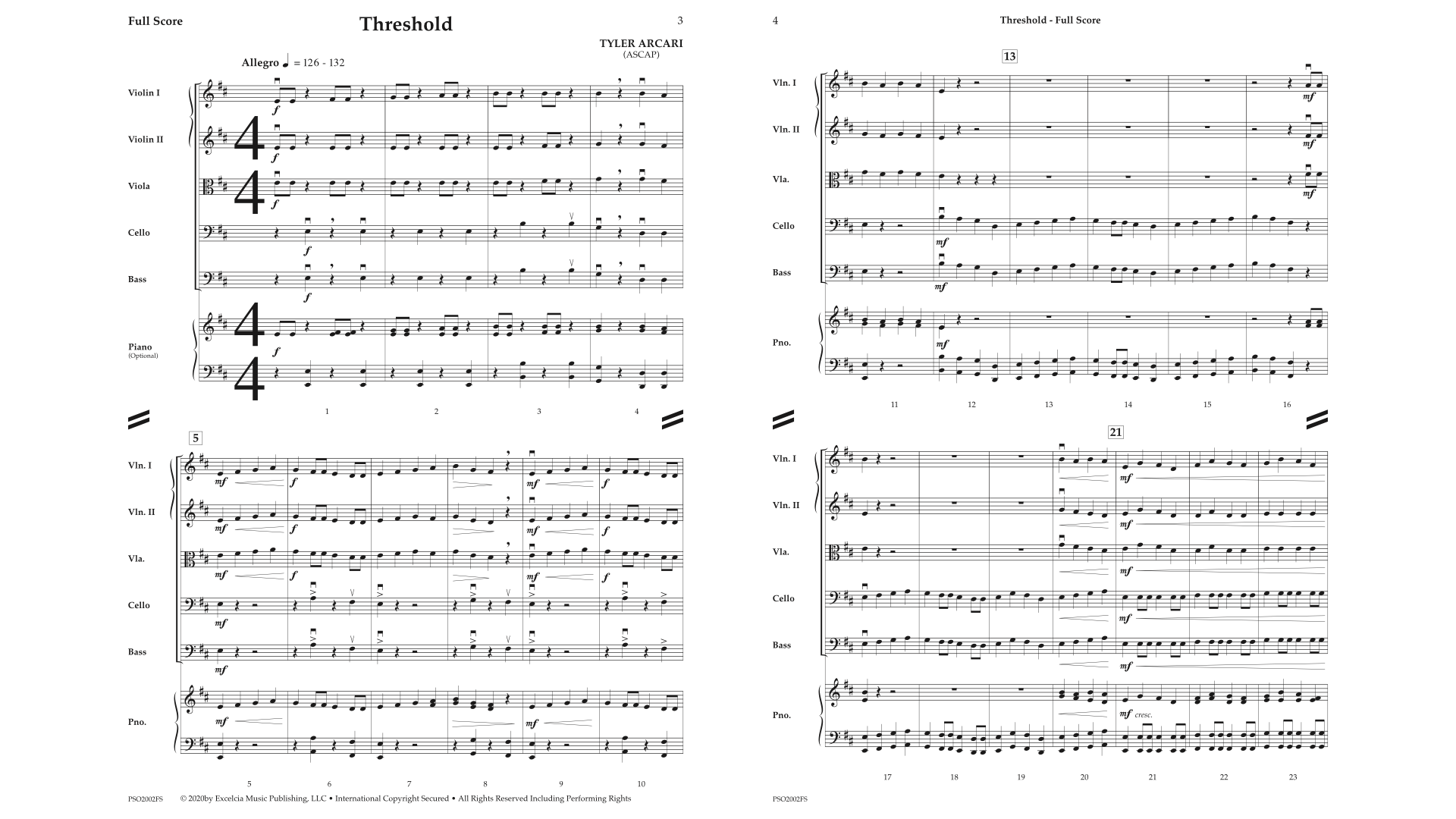