L’automne is French for “the Autumn.” This piece is meant to depict the different aspects of this beautiful season, as it begins with slightly cooler breezes and a break from summer’s heat. Young musicians will enjoy the lush harmonic palette and beautiful countermelodic lines. Perfect for any concert event. 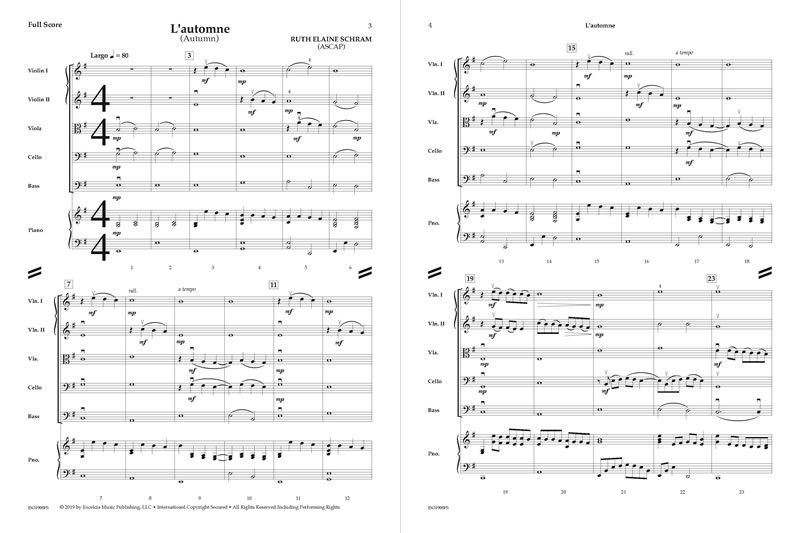