Strong of Heart is a personal piece for composer Sean O’Loughlin. Inspired by his friends growing up in Syracuse, NY. This heartfelt piece has all of the great writing we have come to expect out of Sean. 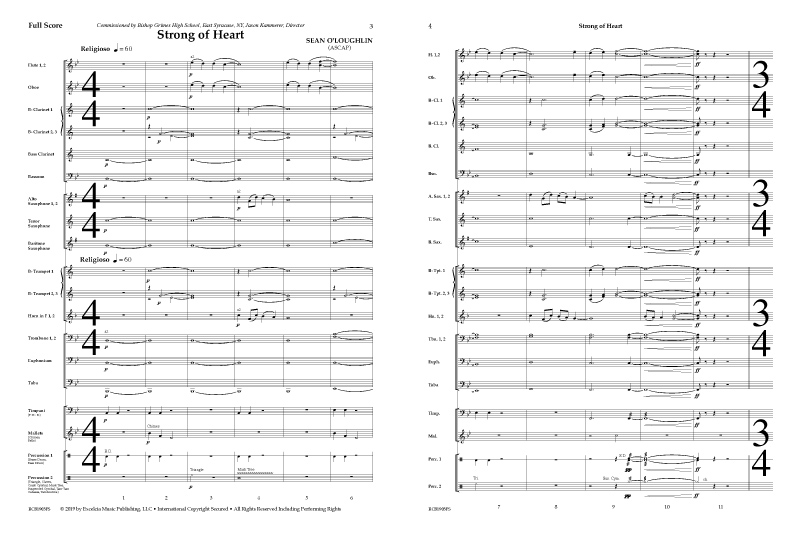