Written to reflect the surface of water and its various changes, composer Yukiko Nishimura has created an effectual new work for string orchestra. Utilizing common *optional percussion instruments, this work is flowing and expressive. A brisk section in mixed meter is not only exciting but a great teaching section. 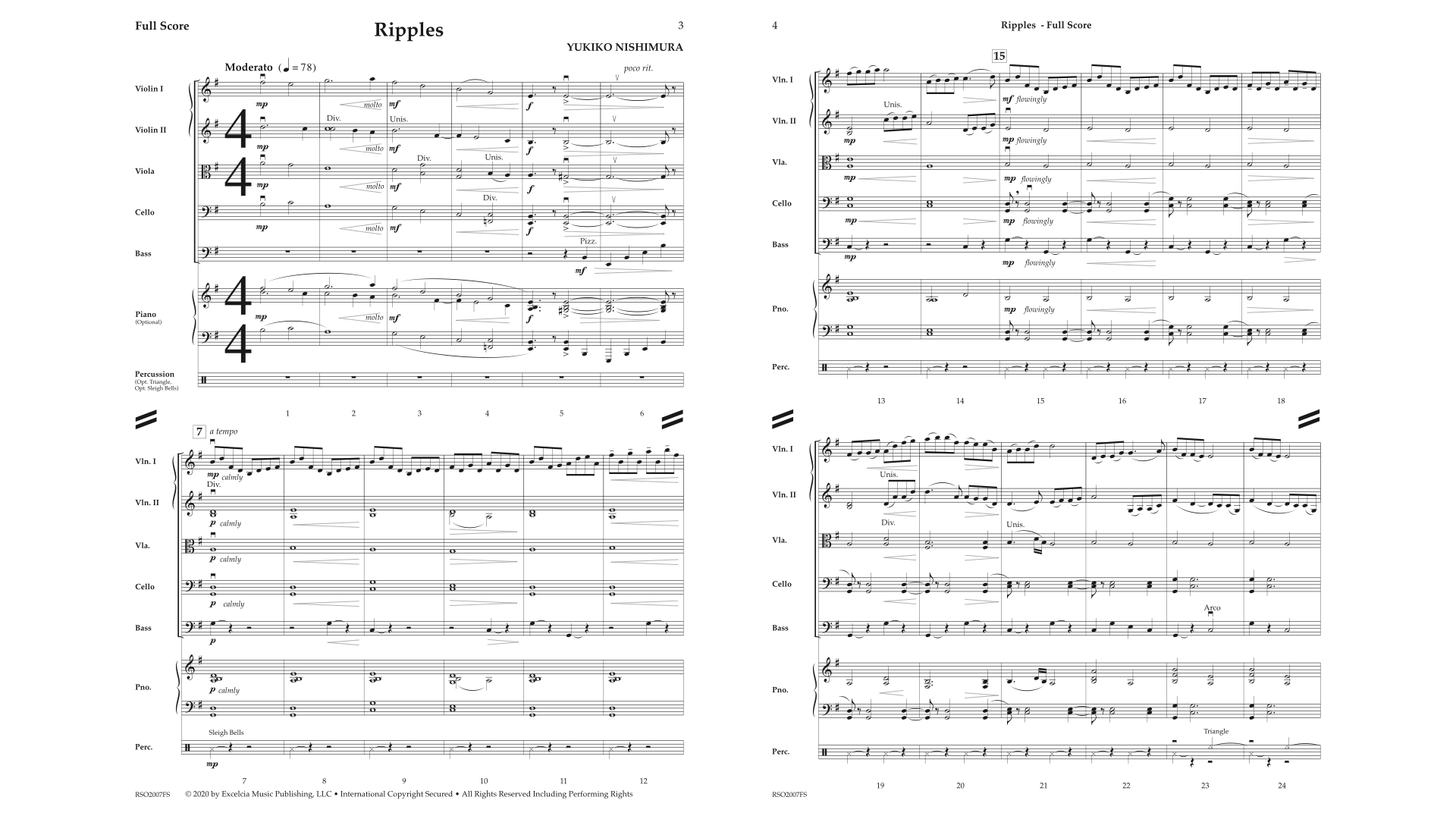