Hauntingly beautiful, Moonglade is full of musical drama. Soaring melodies, section focuses and a gorgeous violin solo make this not only a great teaching piece, but a heartfelt new lyrical work for the developing string repertoire. Tug on your audience’s heart strings at your next concert. 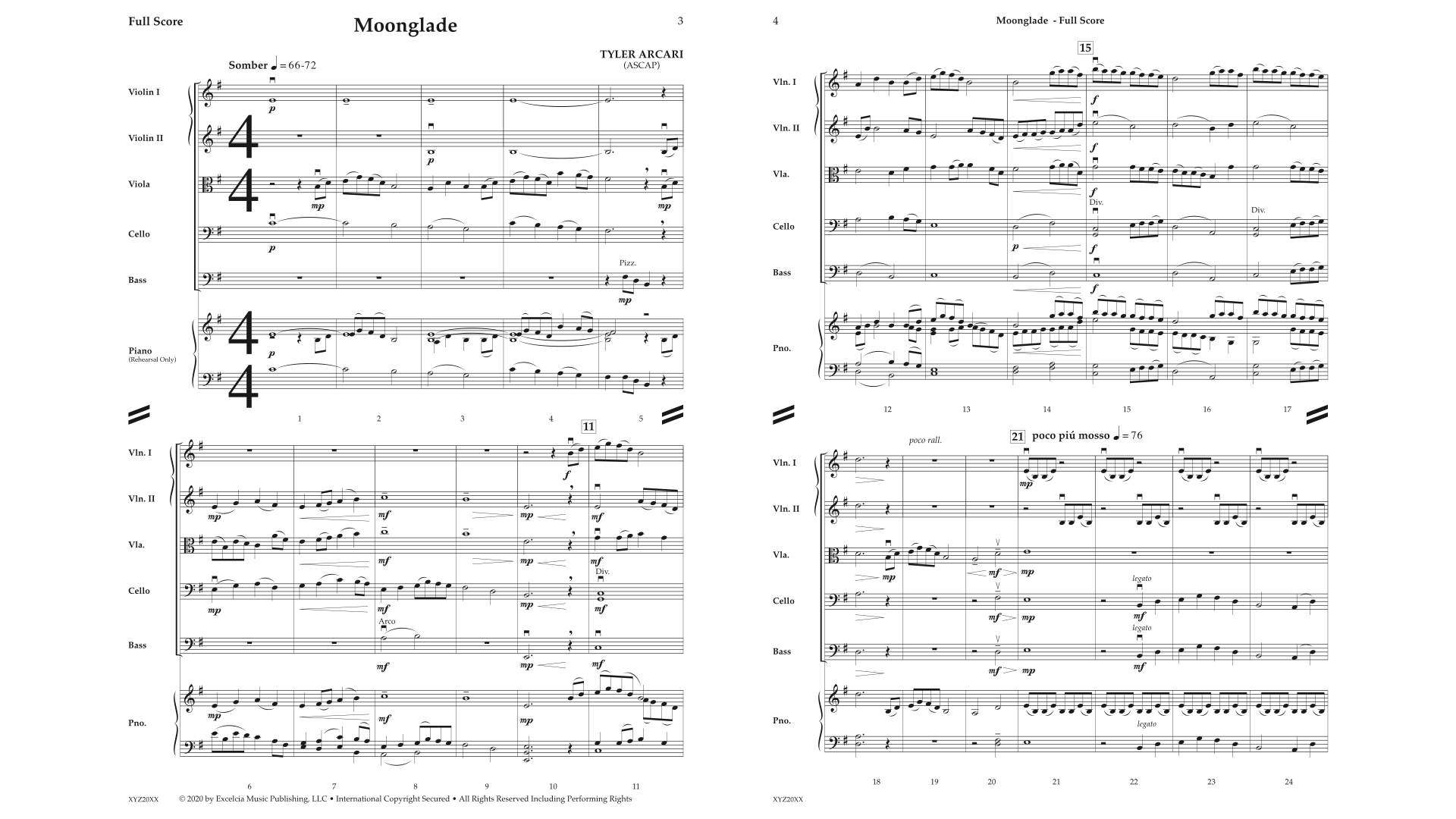