Hopeful and heartfelt, Coming Back was commissioned during Covid-19.  Written in a contest-festival format, this work is meant to inspire us as we return to “normal.” 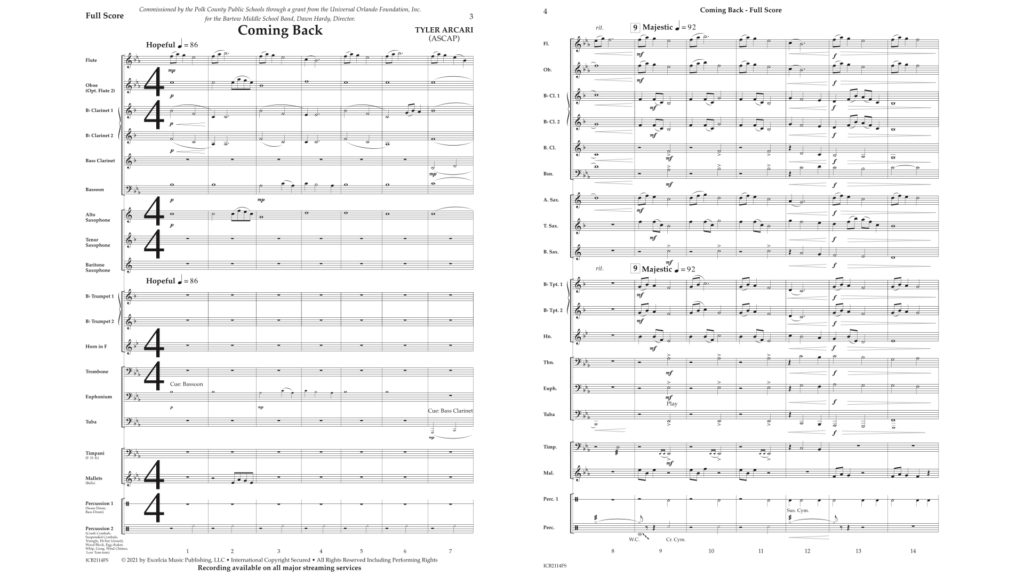