Dedicated to her graduating senior class, Forevermore by composer Christina Huss is a heartfelt and meaningful new addition to the band repertoire.  A wonderful introduction to lyrical playing, this piece would work well as a tribute piece or on any program.

With a career spanning 35+ years in American music education, Christina M. Huss has taught and conducted bands at both the middle school and high school level, most recently as Director of Bands at Valdosta Middle School, where she retired in 2016. Throughout her career, Ms. Huss’ bands have performed in multiple venues throughout the Southeastern United States and have consistently received superior ratings in various state and regional events.

Ms. Huss has served in a variety of roles in state music affiliations, and has enjoyed several honors and awards, including Teacher of the Year and STAR Teacher, during her 28-year tenure at Brooks County High School in Quitman, GA. Since retiring, Christina enjoys composing music for band, and continues to teach band part-time at Berrien Middle School in Nashville, GA.

A native of Georgia, Ms. Huss is a founding co-director and conductor of the Azalea Winds Community Band based in Valdosta, GA, where she continues to perform and serve as an adjudicator, guest conductor, and clinician. 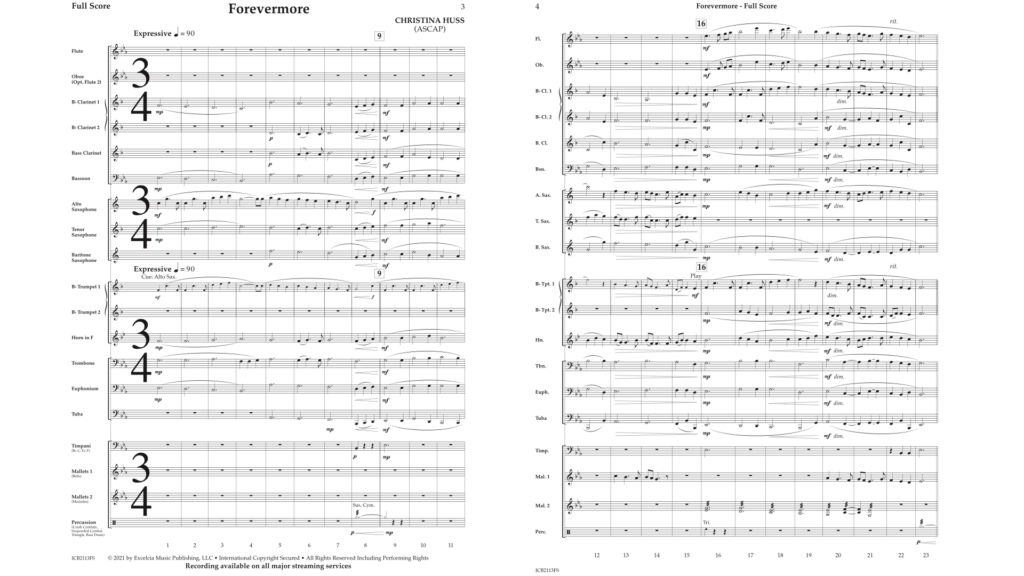