John M. Pasternak’s knack for writing great pieces for young band is on full display with Transformation.  With many teaching opportunities, this work is a foolproof choice for contest and festival! 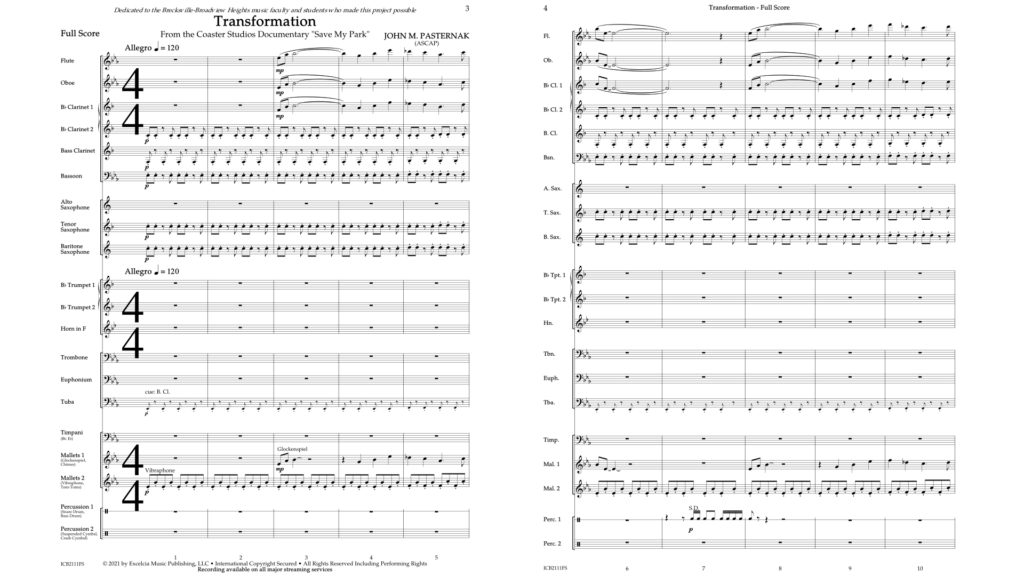