Adaptable Quartets contains 21 newly-composed or arranged quartets that can be flexibly used with any combination of string instruments, making them an invaluable resource in the modern orchestra room! Written at an accessible 1.5-3 grade level, Adaptable Quartets follow the popular Adaptable Duets and Trios books by the same composers. Tyler Arcari and Matthew R. Putnam bring with them a wealth of educational experience as music educators to craft quartets that are fun to play and musically stimulating. Adaptable Quartets are sure to become an instant favorite. String editing by Diana Traietta. 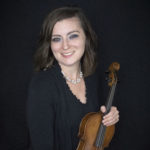