Out of Time - Sean O'Loughlin

You have run out of time! This tense new work for String Orchestra is an exhilarating piece of music. Moments of lush tutti playing are pierced by brilliantly fresh-sounding rhythmic interplay between all voices of the orchestra. Students and audiences will love the drive of this one, perfect for any concert performance. 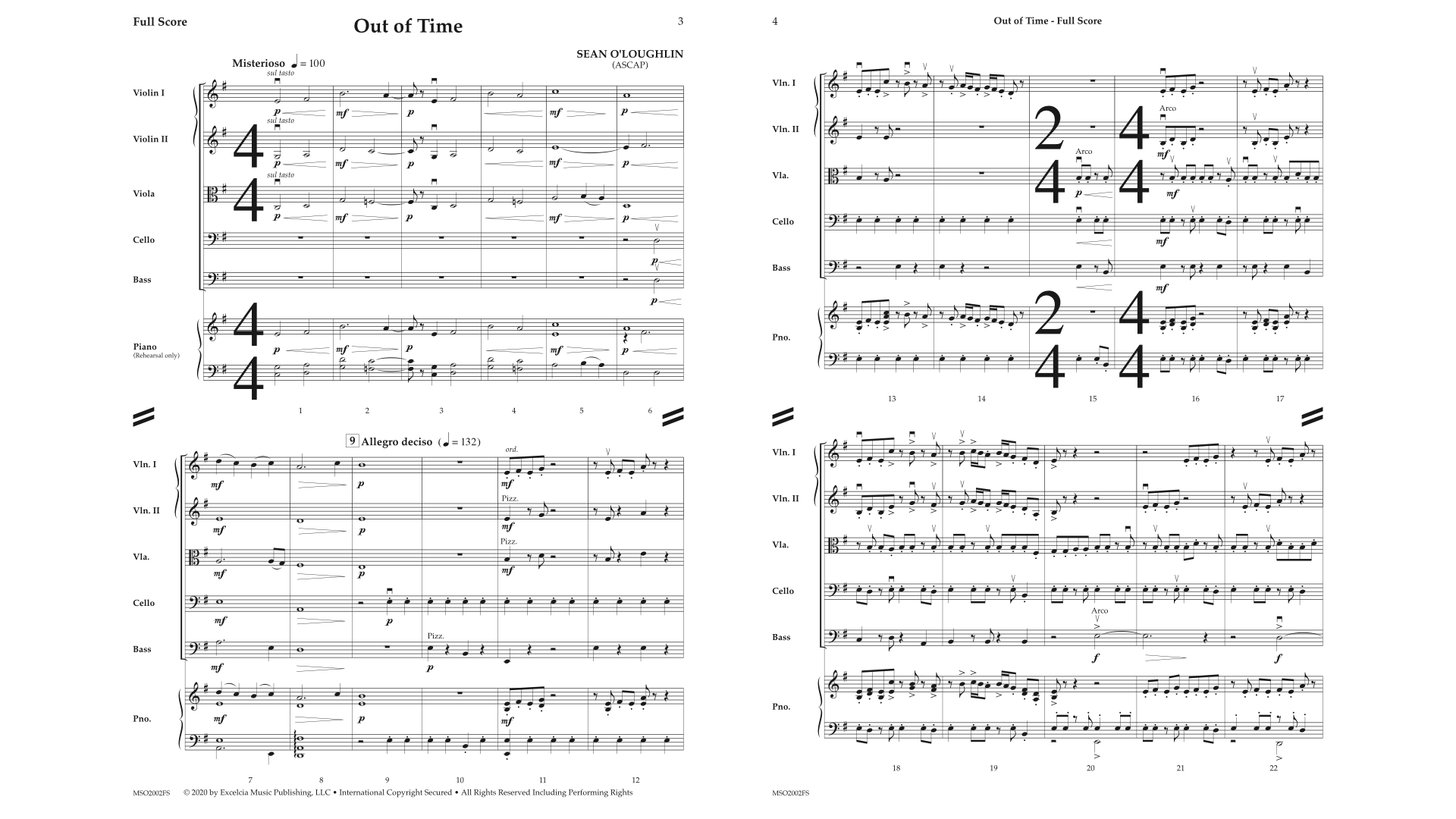