Tyler Arcari brings us a driving contest piece that is sure to keep your students motivated. Cinematic-like orchestra hits and biting rhythms make for a fun experience, while lyrical contrast in the B-section is perfect for introducing expressive playing. Your students will ask to play this one over and over! 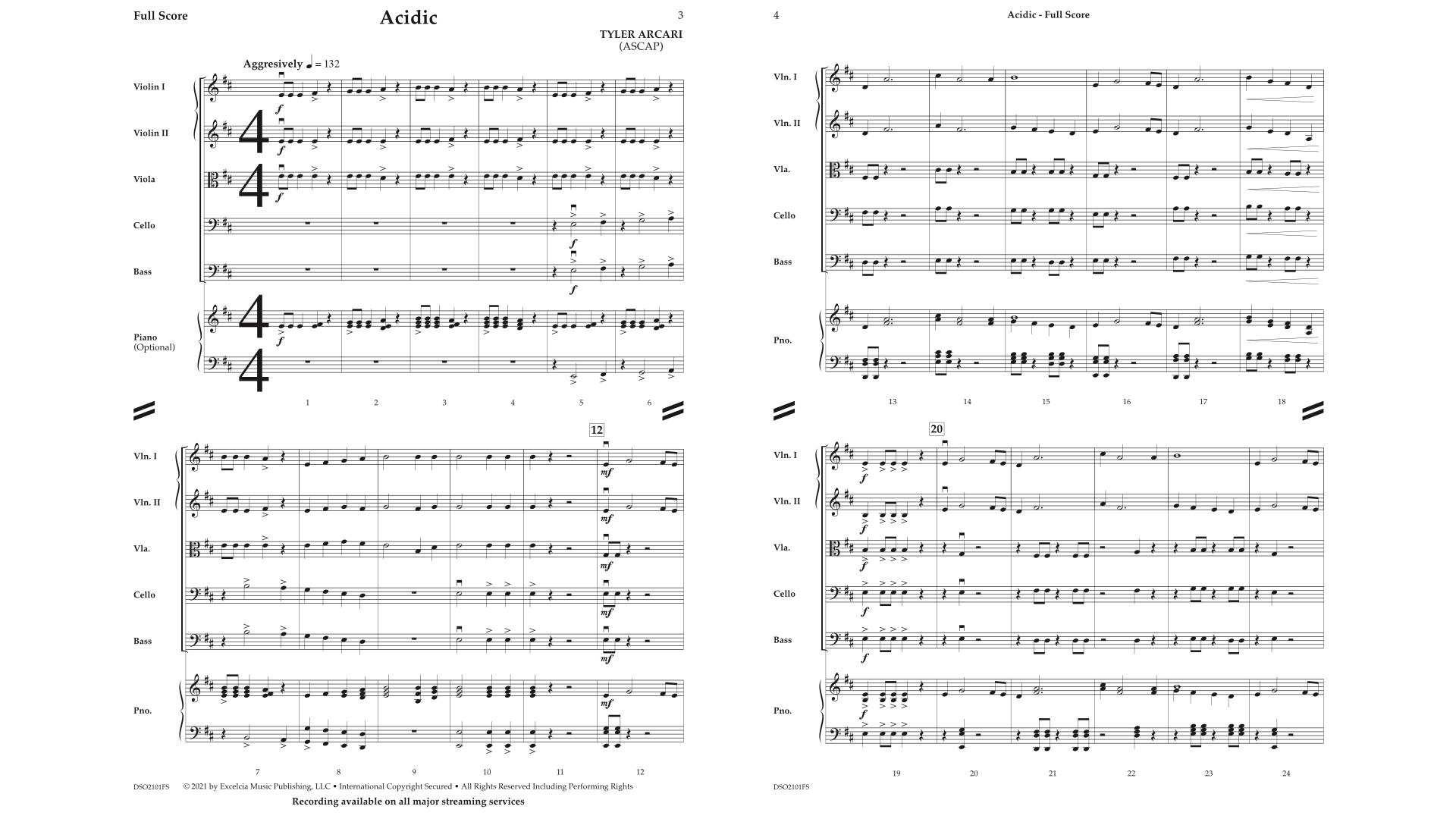