A setting of the 17th Century Carol “Bring A Torch, Jeanette Isabella”. This brass quintet will be a nice addition to your Christmas repertoire, especially if you are looking for a reverent, lyrical selection. The iconic “hush” moment throughout this piece will put your audience members in the Christmas mood. 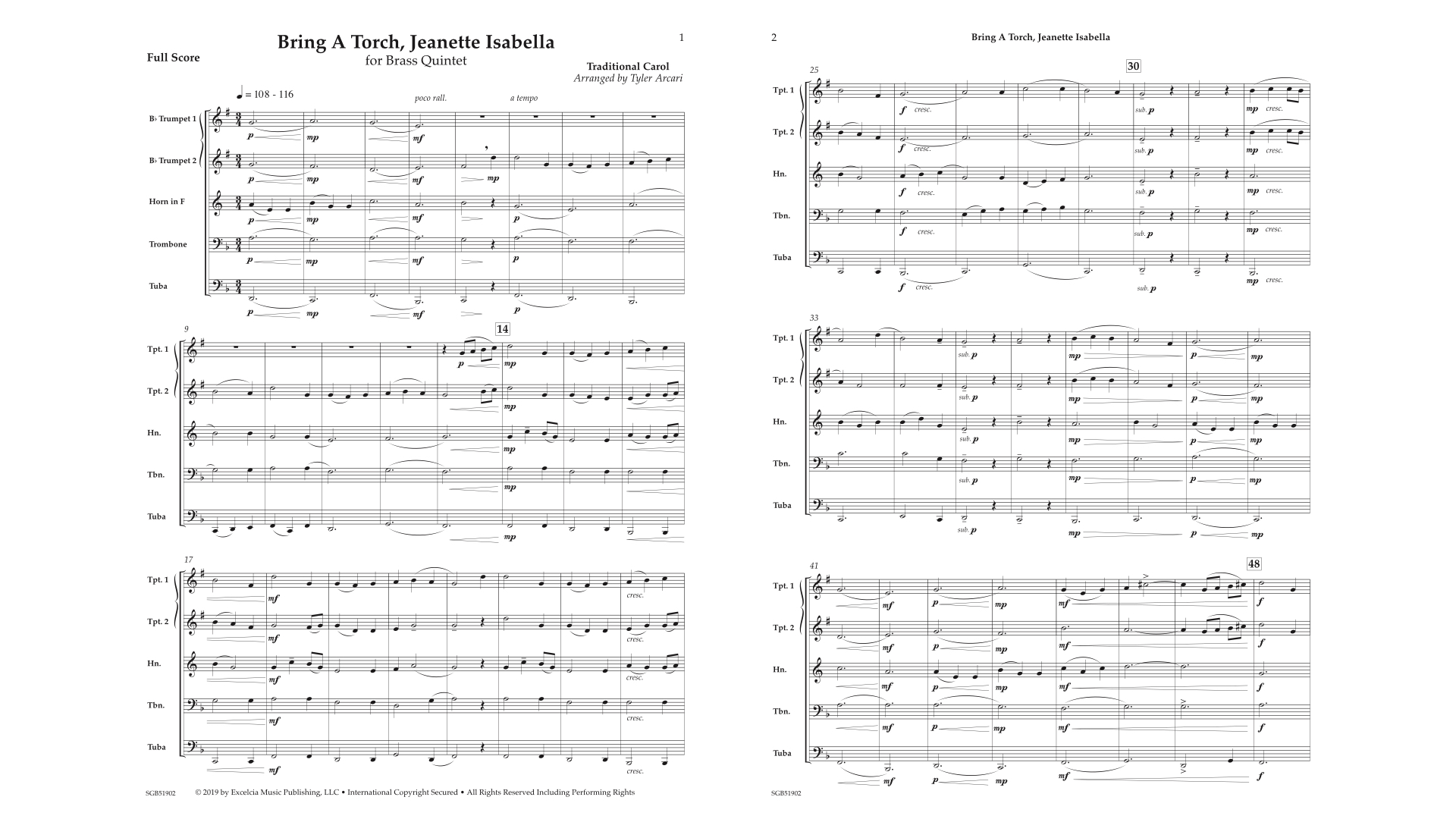