Take a midnight sleighride with Flight of Jolly Old St. Nicholas as you rock your way to the end of this piece!  John M. Pasternak does it again with this wonderful new holiday chart that your ensemble and audiences will love. 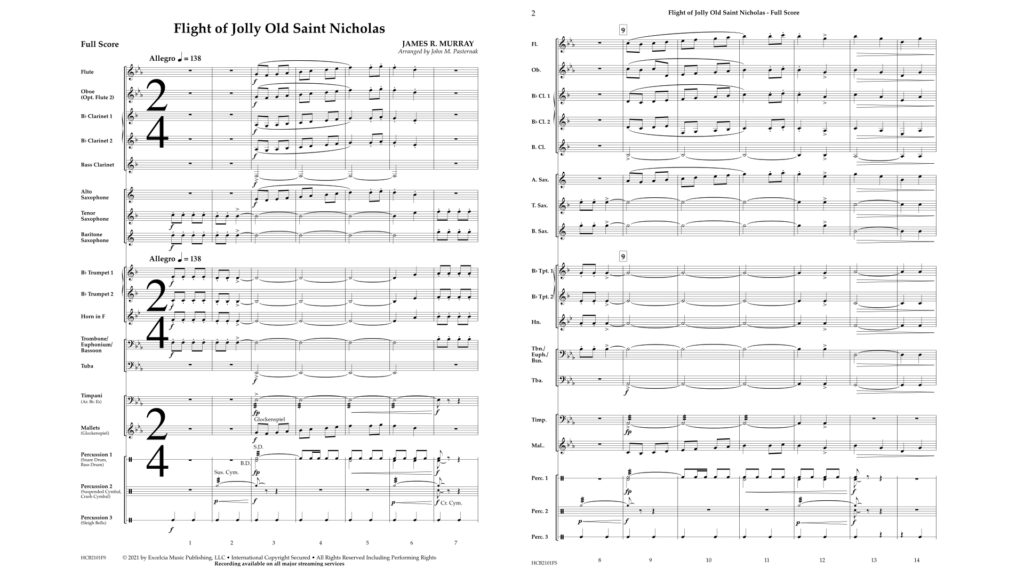