Art is Life! This sentiment is abundant in this wonderful new work for concert band by Larry Clark. Full of flourish and thick brass writing harkening back to the days of Alfred Reed, Ars Vitae has everything you could want in a contest and festival work. 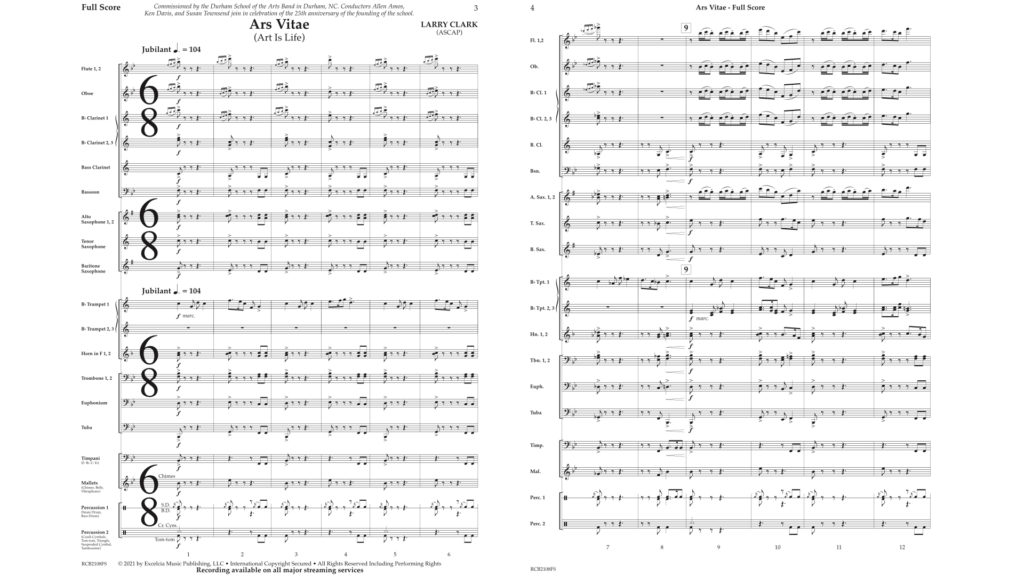