From Voctave’s album ‘Somewhere There’s Music’, this fun arrangement of the recognizable Disney song will have your singers asking to sing it again and again. This challenging arrangement is musically rewarding, and will fit perfectly on any concert program! 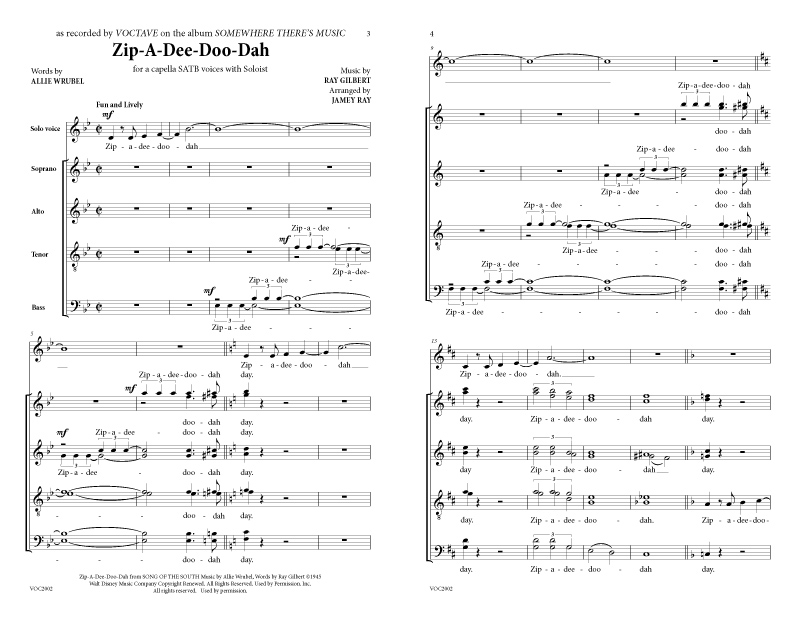