From Voctave’s album ‘The Spirit of the Season’ featuring soloist Tiffany Coburn, this Christmas favorite is sure to be a success this holiday season. Lush, beautiful, and great for large choirs, All is Well will be a big hit with musicians and audiences alike! 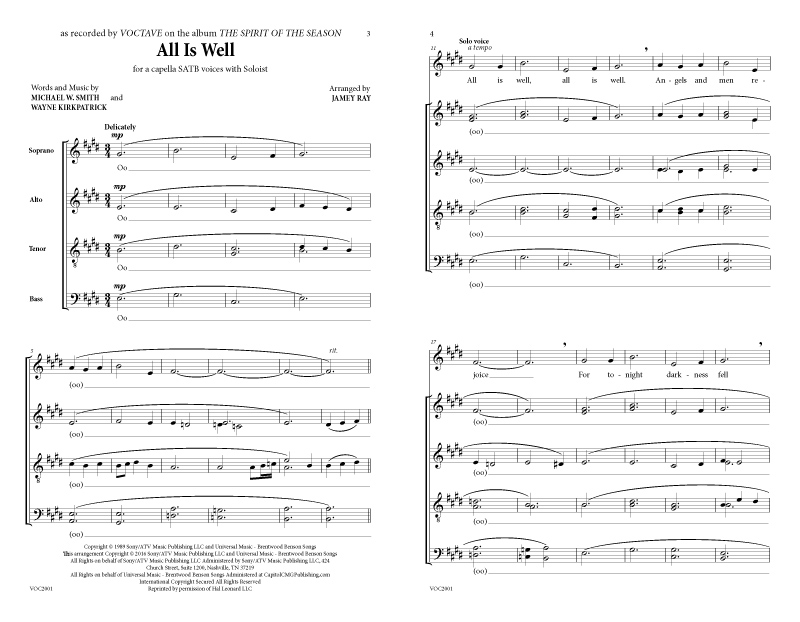