A fun and exciting piece for concert or festival use, Alle, Alleluia is a stunning work to introduce mixed meter to your advancing choir. The voice parts have accessible ranges, which will make this well-written Bruce W. Tippette piece great for many ability level choirs. 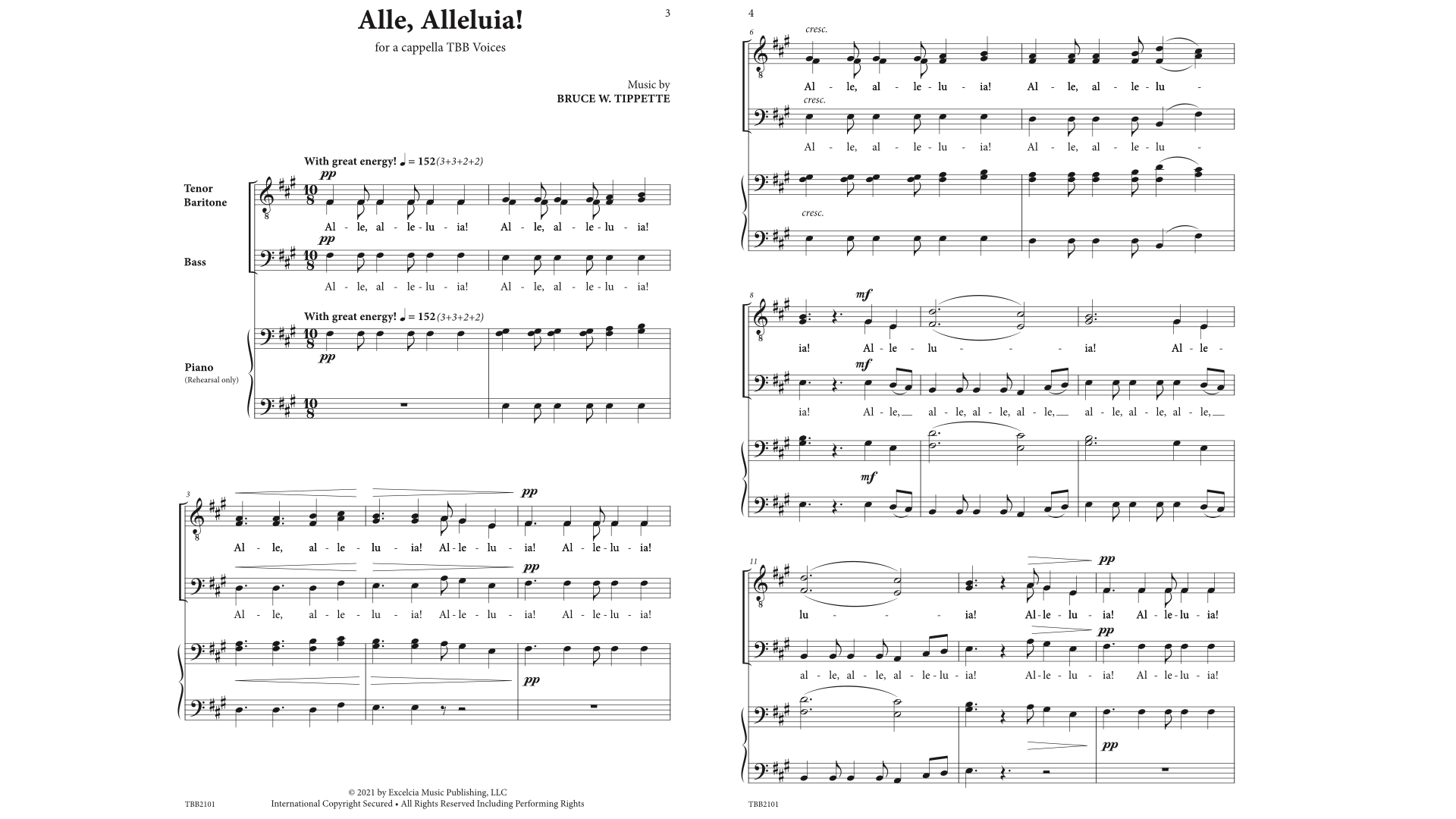