Rhythmania! is an exciting new work for a developing band! Introduce your students to new sound effects produced with hands, sticks, and pencils on stands in this rock-inspired opener! We know your students are going to ask to play this one more than once! 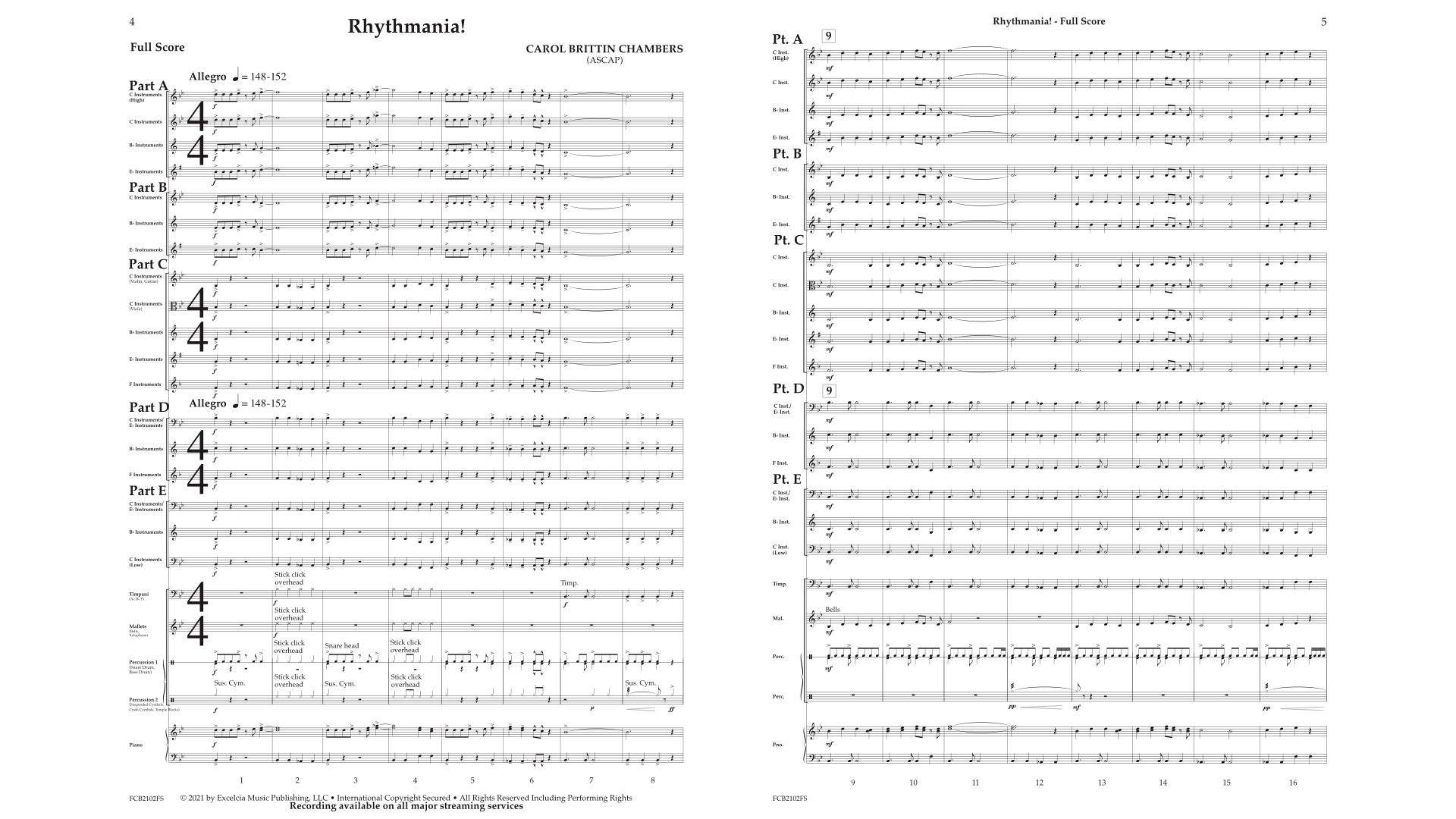