A throwback to the old circus marches, Flying High is a tour de force from start to finish! This traditional Fillmore-like march has everything you need to teach technique and style. Perfect for any concert program or festival adjudication, Flying High is a winning selection! 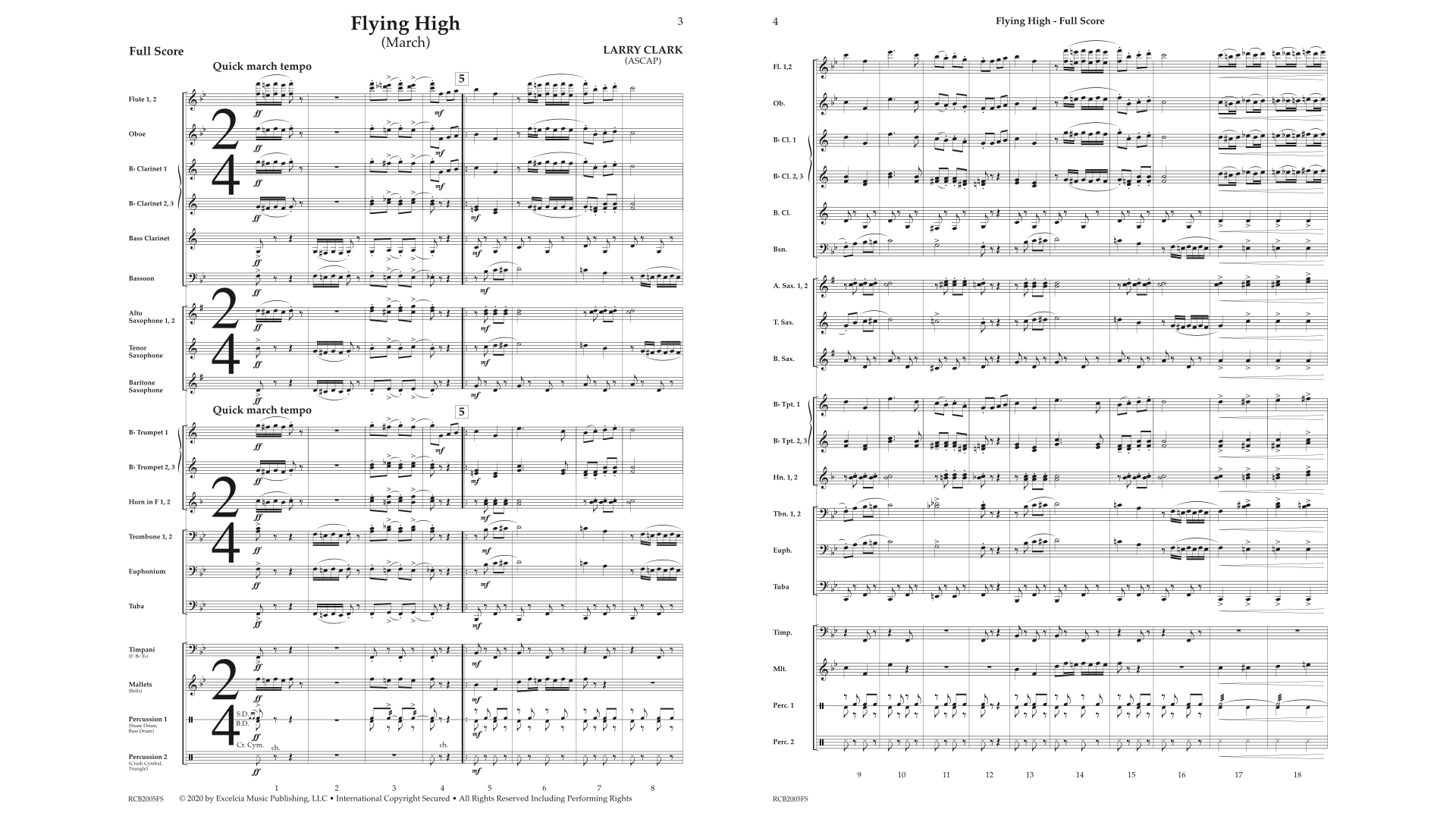